“Picture in Time” is again taking a look at one of the trams on the Luas system in Dublin with an image taken during July 2007.

Built between 2003 and 2004 for the opening of the Luas system there were 26 Citadis 301 trams delivered to Dublin. Originally three section trams they were lengthened to become five section trams in 2007-8 as the network proved to be a popular addition to the public transport network of the Irish Republic’s capital city.

Below we see one of the 301 trams in Abbey Street as it crosses O’Connell Street. This is on the Red line but we are unable to identify the tram. What we can see, however, is that the tram remains in its original three section configuration. 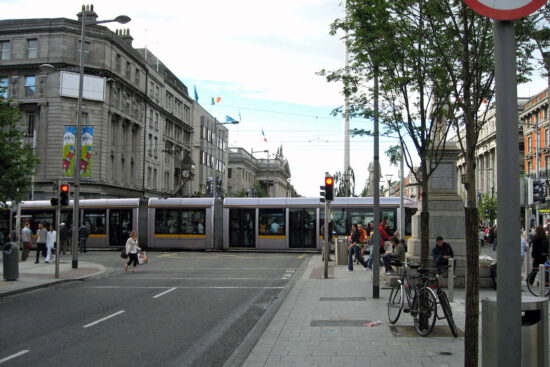