As we continue merrily on our way northbound in Blackpool we reach the only stop to have opened after the initial opening of the Blackpool Tramway. It is Norbreck North.

There isn’t much to say about the journey between Norbreck and Norbreck North as it just continues in a relatively straight line on a reserved section of track. When the upgraded tramway opened at Easter 2012 there was no stop located at Norbreck North but after a local campaign the decision was made later to return it to the tramway and after construction works it would welcome its first passengers again in March 2016. It may have been built later but its still fairly standard fare here with the platforms located either side of the tracks plus shelters, information cases (although not within the shelters), stop signs and lighting columns. 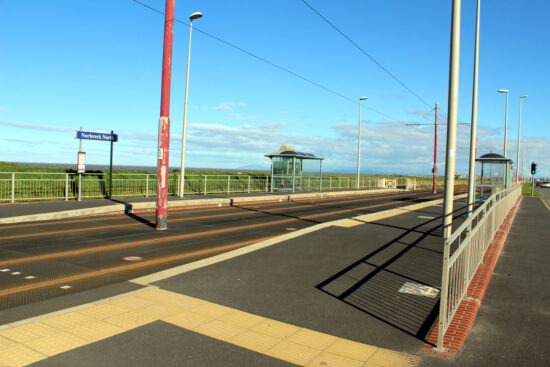 It’s a very similar view to that which we have seen at other stops as the camera points northbound and shows Norbreck North. 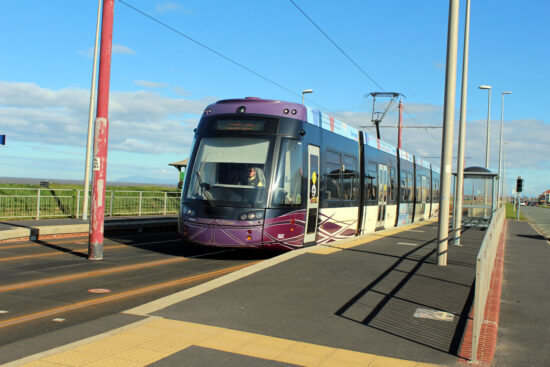 No passengers are wanting to board or alight 002 as it heads through Norbreck North bound for Starr Gate. 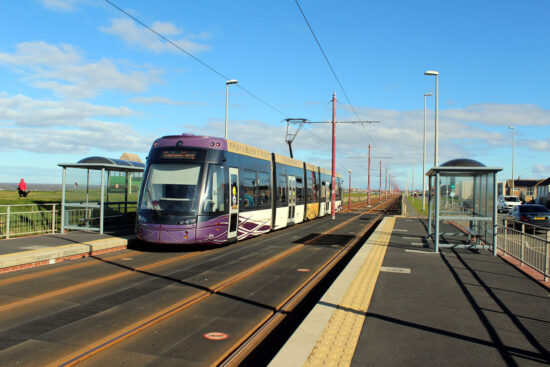 In this photo we see 013 on the northbound track having just departed from the stop with a working to Fleetwood Ferry. Note on the right the pedestrian crossing which gives good access to local residents for the stop. (All Photographs by Gareth Prior, 25th September 2020)