Posted on Monday 4 October 2021 by Gareth Prior

Another Works Car not currently commissioned for service features in this edition of “Whatever Happened To?” as we view Sheffield Works 330 which also made it out onto the mainline during Crich’s 2005 Tramathon.

Sheffield Works 330 demonstrates how many tramway companies converted passenger cars into Works Cars with this particular example starting off life in Bradford as a double decker when it was built in 1919. It was purchased by Sheffield in 1943 as a batch of cars to help replace trams damaged during World War II. It was only needed as a passenger car until 1951 when it lost its top deck and was converted to a Works Car with it becoming a water car. After the closure of the Sheffield system, 330 was acquired by a group of enthusiasts and was transferred to Crich in December 1960. Not considered a priority to be made serviceable it wasn’t until 1986 that it was finally commissioned for service and by 2005 it had seen use over several seasons.

Today and 330 has now become a static exhibit with it last having seen use in 2014 although it does make some appearances out of the depots for special events as part of photo line-ups. 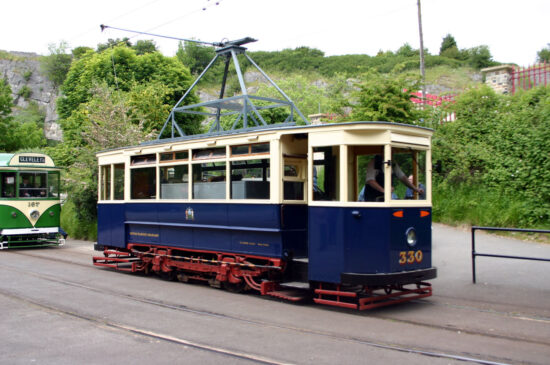 In this photo we see 330 at Victoria Park as it heads back down to the museum street during a demonstration run at the 2005 Tramathon. 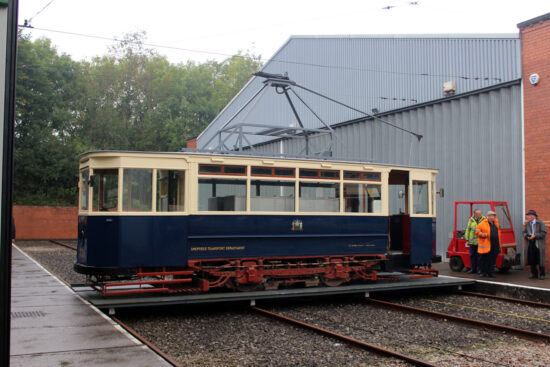 A trip on the Traverser for 330 on 22nd September 2019 with it being readied for a Sheffield tram line-up on the depot fan. (Both Photographs by Gareth Prior)