In Pictures: Progress slows at Wilko’s in Blackpool

It may have been a few weeks since we had our last update from tram construction works at the former Wilko’s store site in Blackpool but that’s mainly because progress has somewhat slowed in laying the tracks and fixing them into position. When we last reported from the site we mentioned that all track was now down – including the final section just before the actual terminus – and that is still the position we are in with further concrete still be poured to complete the track laying side of the project.

There is still no official word of when we may see trams running up Talbot Road to Blackpool North Railway Station with just a vague 2022 mentioned currently by Blackpool Council. As well as this final section of track laying – and associated completion works such as the concrete and platform construction – there is still the none too small matter of overhead installation. And on the subject of overhead installation that also seems to have stalled with no further wiring having gone up recently. 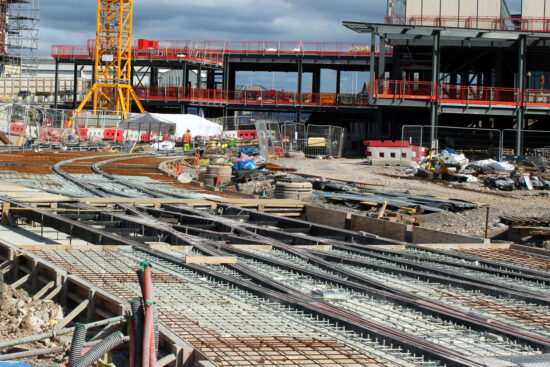 A slightly different shot to that we have become used to as we look into the worksite with the scissors crossover in the foreground and the tracks then curving away to the right towards the terminus. 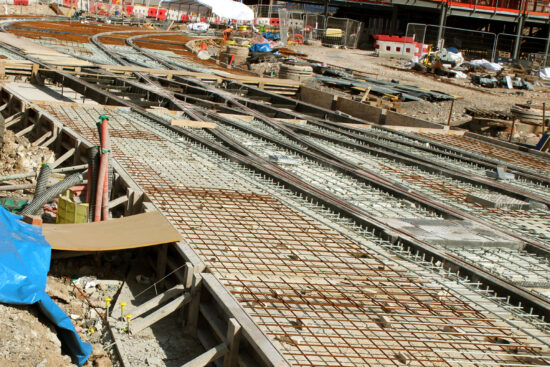 A closer up view of the scissors crossover with the mesh in place for a further concrete pour. 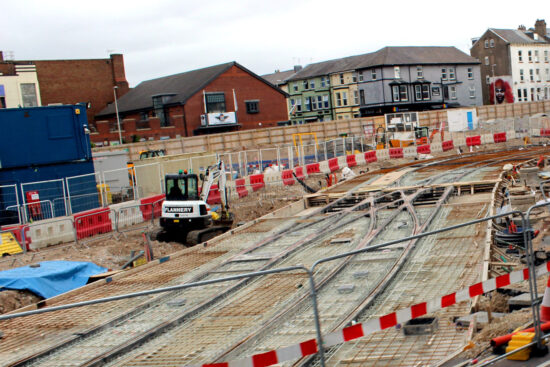 A slightly elevated view of the worksite again pointed towards the scissors crossover. (Photographs x3 by Malcolm Slater) 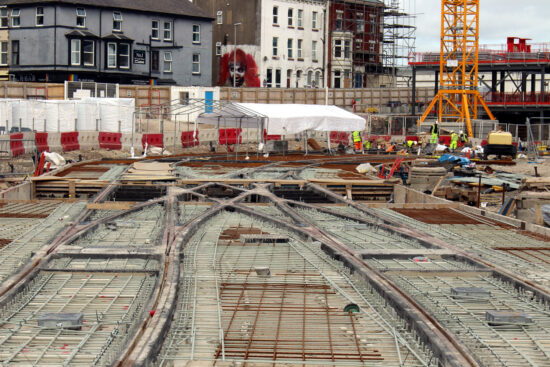 Another view towards the scissors crossover a few days later. 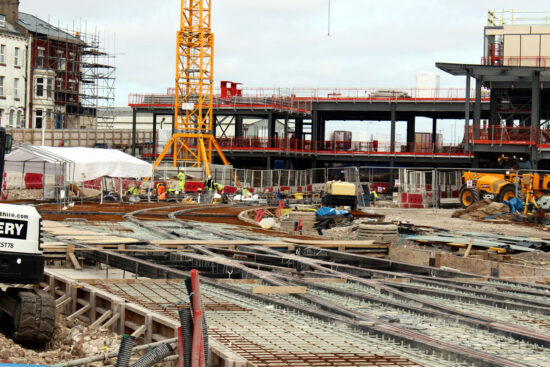 The framework for the new hotel and restaurant does continue to progress in the background while we see the tracks leading to the terminus too. (Photographs x2 by Tony Armitage, 21st September 2021)

2 Responses to In Pictures: Progress slows at Wilko’s in Blackpool