In Pictures: Rails continue to go down in Corporation Street

Posted on Wednesday 22 September 2021 by Gareth Prior

The past week has seen further progress on the track relaying project in Birmingham City Centre with rails continuing to be laid along Corporation Street ahead of a planned reopening of the line to Library in the next month or so. The closure of the line beyond Bull Street has been in place since 24th July but now some two months later and we should be on the home straight to a full tram service running again soon. 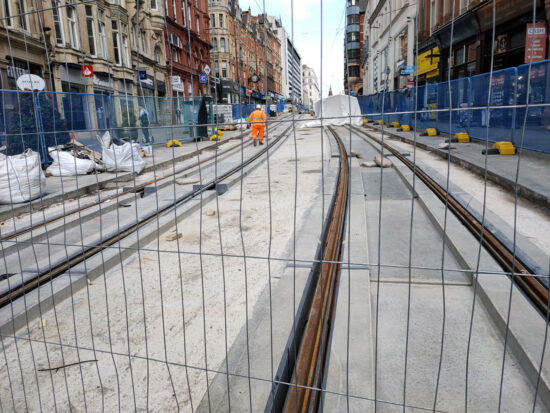 This 15th September view looks up Corporation Street (away from Grand Central) and shows that new track has been laid on both inbound and outbound lines now. Further work will be required to put the final top surface in place. 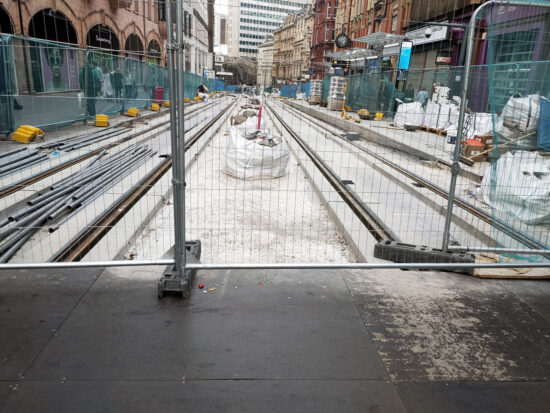 Three days later, 18th September, and we look towards Grand Central (the distinctive reflective surface of the shopping centre can be seen) where more rails are now in place on both tracks. Again, more work will be required before services can resume. (Both Photographs by Mark Cufflin)

1 Response to In Pictures: Rails continue to go down in Corporation Street