Posted on Thursday 2 September 2021 by Gareth Prior

We’re off to Birmingham City Centre in this article as we take a look at recent progress on the works taking place there – both relaying the existing route along Bull Street and then round to Corporation Street as well as preparing for the track to go down onto Lower Bull Street for the Birmingham Eastside extension. These images show the ever changing situation at the end of August.

Trams from Wolverhampton St George’s have only been able to run as far as Bull Street since 24th July when the line through to Library was closed for this two-pronged project. The main purpose of this closure has been to install the junction to the Birmingham Eastside extension which will open in the coming years but the opportunity is also being taken to relay the existing rails on Bull Street and along Corporation Street. Of these two parts to the project the track relay has been making excellent progress while the first sections of the new junction have also started to go down.

The Birmingham Eastside extension will leave the current line at the junction of Bull Street and Corporation Street and will run along Lower Bull Street to Digbeth with 1.7kms of track to be installed. It will go via the HS2 station at Curzon Street and its terminus will be located at High Street Deritend – a total of four new stops will be provided. Because of complications with timing the works alongside HS2 works no opening date for the line has yet to be announced.

This three month closure of the city centre line is allowing for the first sections of the extension to be installed and this will include the complex junction. Trams will be able to run both from Corporation Street and Bull Street allowing services to run from the Westside extension as well as the direction of Wolverhampton if required. 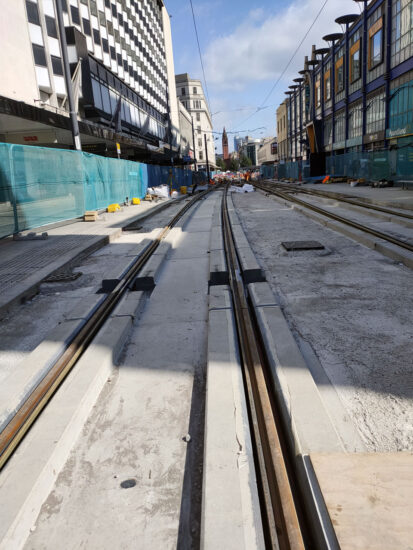 We start off on Corporation Street where new tracks have been laid on the outbound track outside House of Fraser as seen here. The inbound track is also down. (Photograph by Mark Cufflin, 26th August 2021) 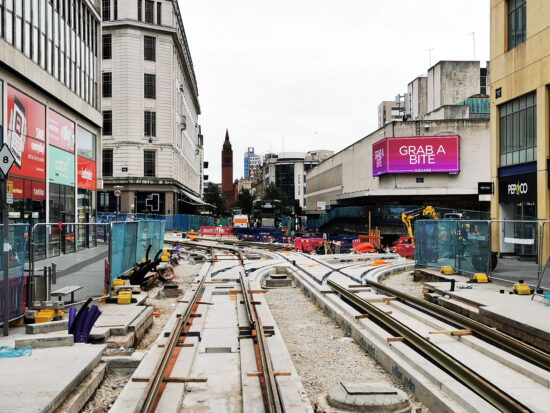 Back along Corporation Street towards the junction and here we see some track waiting to be installed in the grooves. The Eastside extension goes to the right with the existing line to the Bull Street stop heading left. The grooves in the concrete show where the tracks will go with the line to the extension clearly seen here. 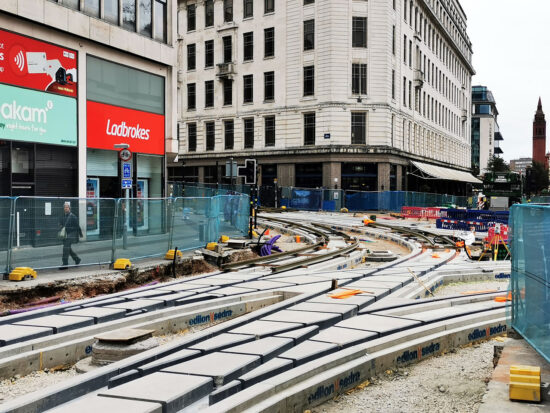 Corporation Street again with this view looking towards the current line on Bull Street. The Eastside extension curves away to the right. 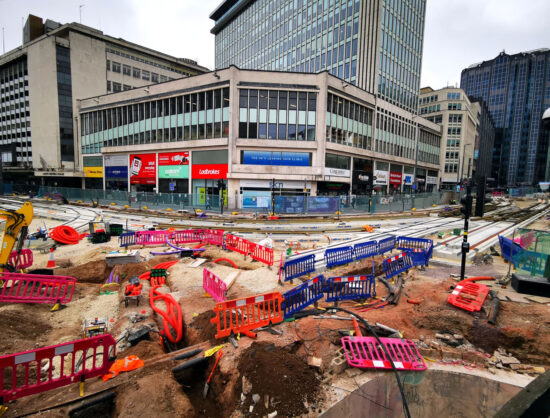 Corporation Street is to the left hand side of this photo and the current line in Bull Street is on the right. The straight track see in the middle of the image will be running onto the Eastside extension which runs past where the photographer is standing. 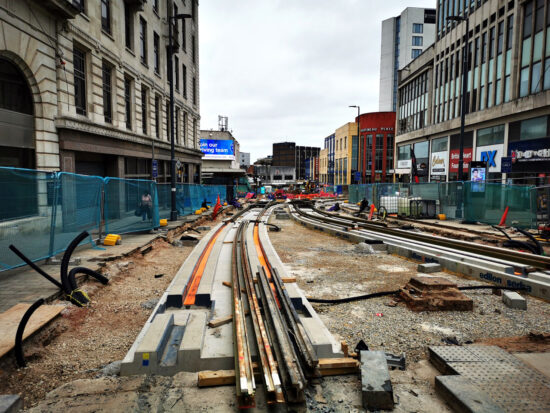 Onto Bull Street as we look into the city centre. Again, the current line can be seen curving to the right with the Eastside extension due to go straight on. Various sections of track wait here to be installed. 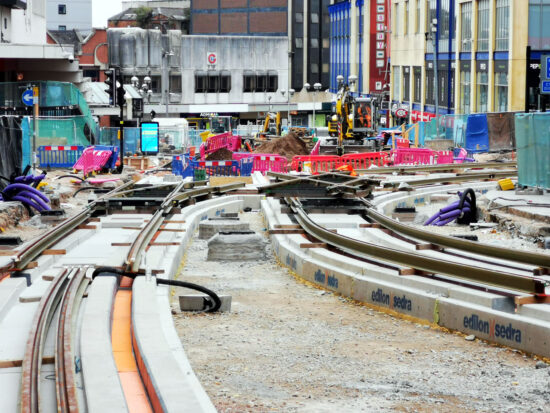 In this image taken on Bull Street we can see the new junction in the distance. Track goes straight to the extension and to the right to Corporation Street. 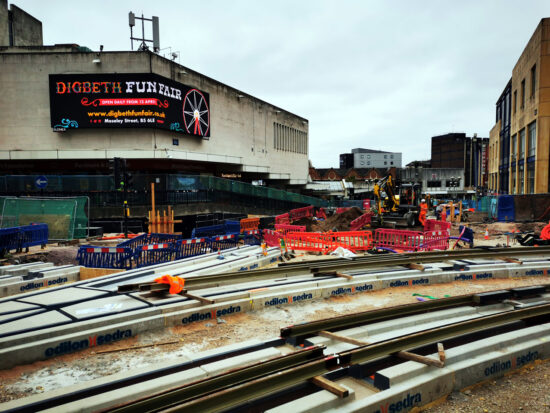 Another view of the junction. The Eastside extension goes straight on. 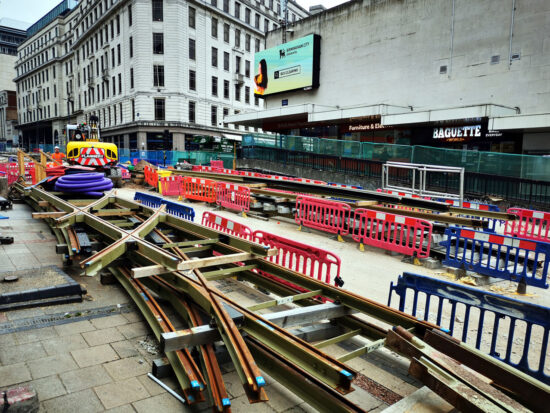 3 Responses to In Pictures: Further progress in Birmingham City Centre