Posted on Monday 30 August 2021 by Gareth Prior

In this edition of “Whatever Happened To?” we feature the first of the Works cars which made it out onto the mainline – Blackpool Electric Locomotive.

A valuable member of the Crich works fleet, the Blackpool Electric Locomotive has been on site constantly since 1966 having become surplus to requirements on its home tramway. Built in 1927 to tow coal wagons between Copse Road and Thornton Gate it continued in use for this until 1949 before being subsumed into the general works fleet. That was until the end of 1965 when it was withdrawn and acquired by the Tramway Museum Society. It was used up until 1983 when it required an overhaul which was duly completed the following year. It has since been in almost constant use.

Operational in 2005 and still operational in 2021! While most of its use is for shunting trams when required it is also a regular performer at special enthusiasts events with various demonstration runs on the mainline, sometimes even carrying a limited number of passengers. 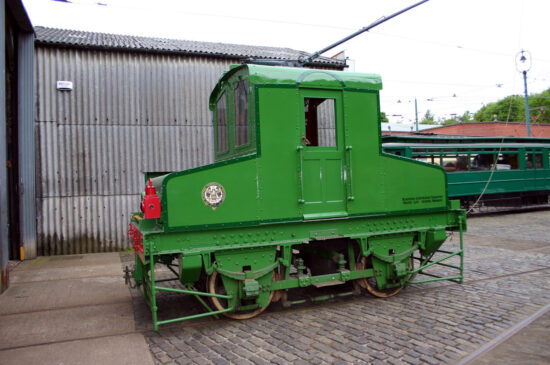 Sitting outside the workshop on 12th June 2005 the Blackpool Electric Locomotive takes a break. 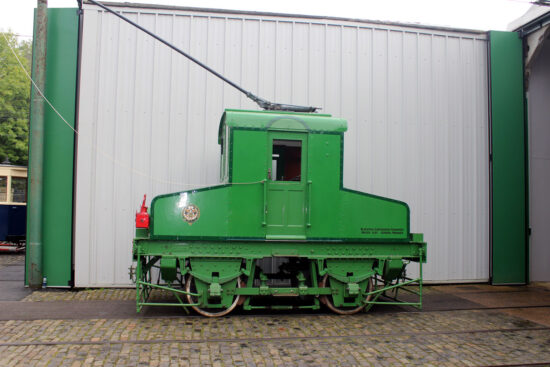 This time on 22nd September 2019 and the loco is again in the depot yard, although further across the yard, as it rests between shunting duties. (Both Photographs by Gareth Prior)