Around the World in Trams: Prague 8560

Posted on Saturday 21 August 2021 by Gareth Prior

We end our mini tour of Prague with one further image of one of the very familiar Tatra trams which have been a mainstay of the fleet in the Czech city since the 1960s.

This time we feature two of the T3R.P sub class of trams which were modernised to extend their life from the turn of the century. At the head of this service on line 22 to Bila Nora is 8560 which carries the traditional Prague livery.

We see the two trams passing the Czech Geological Survey building, an organisation which can trace its history back to 1919. 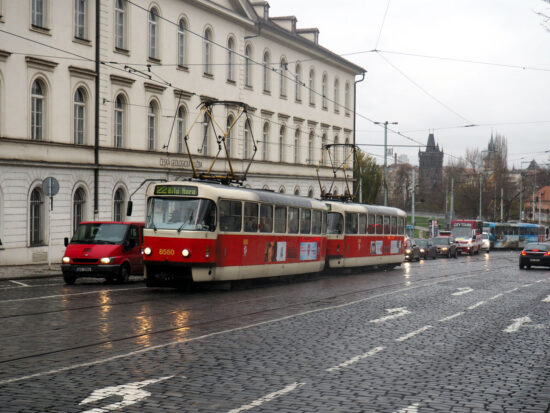