Posted on Tuesday 24 August 2021 by Gareth Prior

Throughout the Trams to Newhaven project there have been plenty of historic discoveries under the surface as preparations are made for tracklaying. We have seen bodies exhumed which are helping to give the medieval history of Leith more context but now something all together more recent has been discovered – and it has a tram connection! Dating back to the turn of the 19th/20th century an old cable tram wheel has been discovered and is now being studied by archaeologists

The wheel has been discovered during excavations on Leith Walk close to the junction with Pilrig Street. It is thought that it dates to approximately 1899 when the first cable tram route was inagurated by Edinburgh and District Tramways from Nether Liverton to Pilrig (the Leith boundary) via the Bridges. Edinburgh once had the most extensive cable tram network in the British Isles with, at its height, 18.75 miles of route being available. The last cable tram routes were abandoned in June 1923.

There have been other cable tram discoveries over the years with a section of track on display at Waterloo Place, a pulley on display at Henderson Row and the façade of the old depot also visible on Henderson Row. (All three have featured in our “Still Standing” series). Previous Trams to Newhaven project work also discovered some ironmongery under the road surface close to the depot.

The wheel which has been found will be treated as have other artefacts discovered during the work with archaeologists from contracts Guard Archaeology investigating further. No decisions have been made on what will happen to the wheel at this stage. 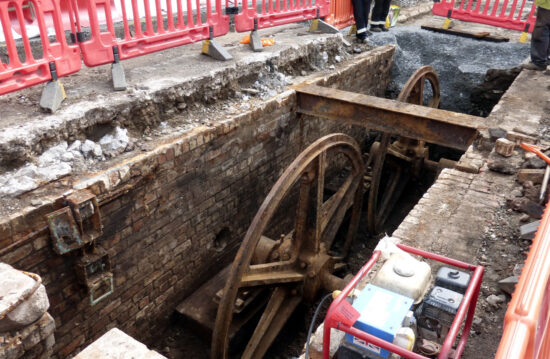 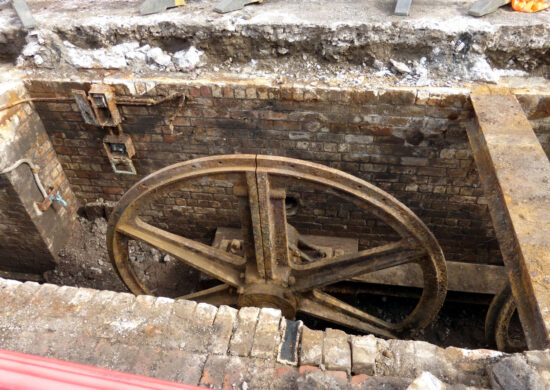