Posted on Tuesday 17 August 2021 by Gareth Prior

The progress being made on the track relaying in Birmingham City Centre has continued to be good over the past few days with the new track bed now extending further along Corporation Street towards the tramstop and onto the curve to Grand Central. Of course, this good progress doesn’t mean we are about to see trams running through the city centre again any time soon as it won’t be until October at the earliest with work needed on connecting the new Eastside extension at Lower Bull Street ahead of reopening of the current line. In this latest update we take a look at both Corporation Street and Bull Street as well as seeing initial work on the junction. 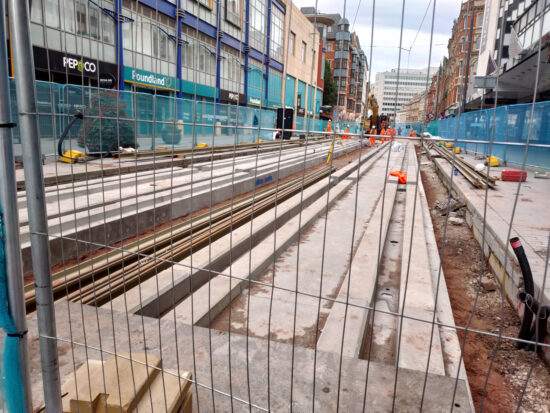 Last time we viewed a similar image to this the area was what could best be described as a bit of a mess! But now with the old track removed and attention to the track bed the base for new track to be installed is now being put down. There are also rails in between the two concrete areas in readiness for installation. (Photograph by Mark Cufflin, 14th August 2021) 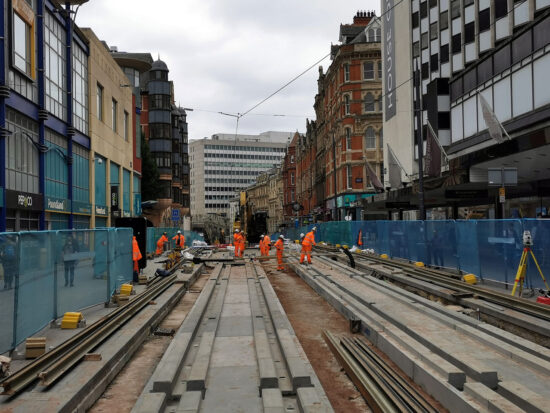 Another view along Corporation Street towards Grand Central showing the area where the new rails will soon be installed. 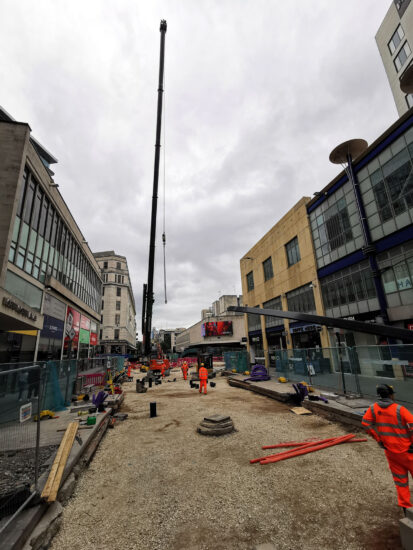 This is looking the other way on Corporation Street towards the new junction at Bull Street. Work here is at an earlier stage with new base for the track bed being readied. 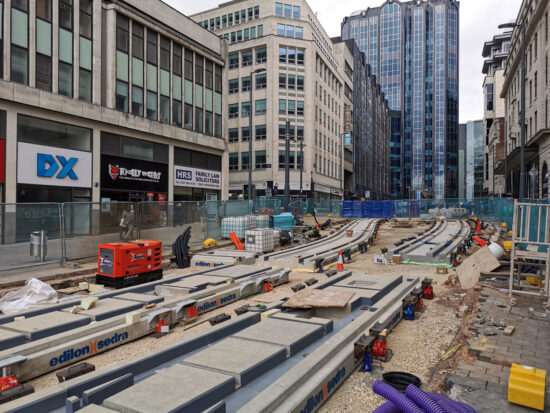 Onto Bull Street and this is looking towards the tram stop – and current temporary terminus – where the new track bed is being put down (with a strange gap at the moment!). 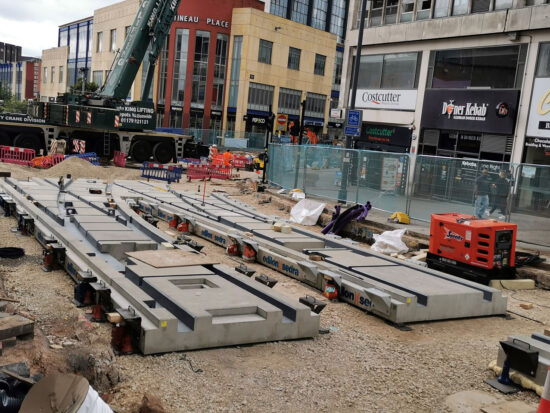 At the end of Bull Street with Corporation Street to the right and Lower Bull Street (and the Eastside extension) straight ahead. Here we see the start of the junction with tracks due to go right and straight on here. 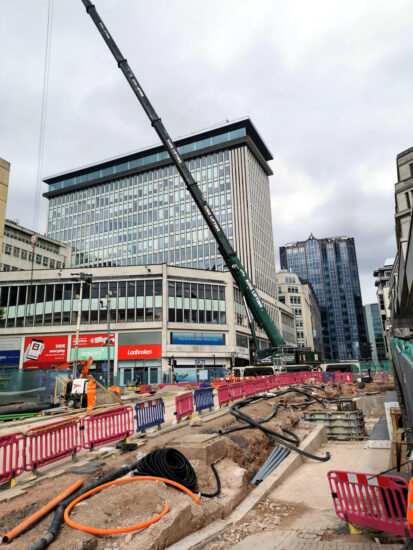 Into Lower Bull Street where work to prep for eventual tracklaying is at a much earlier stage. Bull Street is straight ahead with Corporation Street and the current line to the left. 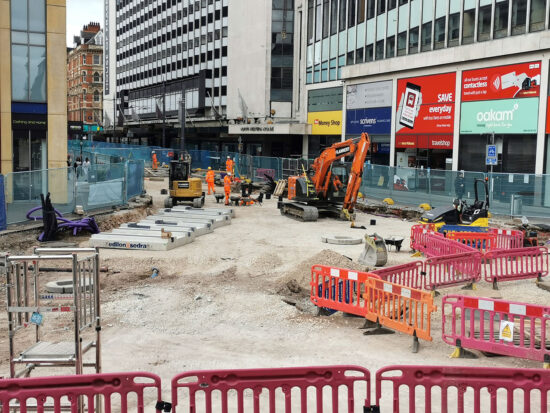 The junction to the Eastside extension will be two-way so trams from Corporation Street and Bull Street will both be able to access it. This is looking in the direction of Corporation Street where the track bed is being prepared. (Photographs x6 by Andy Walters, 15th August 2021)

2 Responses to In Pictures: Work continues in Birmingham City Centre