Around the World in Trams: Prague 8312

Posted on Saturday 14 August 2021 by Gareth Prior

And its time to return to Prague again for this latest edition of “Around the World in Trams”.

The headlights are ablaze as we feature another tram in Prague running solo after dark on the extensive tram network. This is 8312 which is running on route 6 to Palmovka during November 2017.

8312 is a T3R.P which was built in 1966 for the Prague system and has remained operational since. Still part of the main operational fleet it was modernised in 2001, one of 315 original T3s which enjoyed this work at the start of this century. 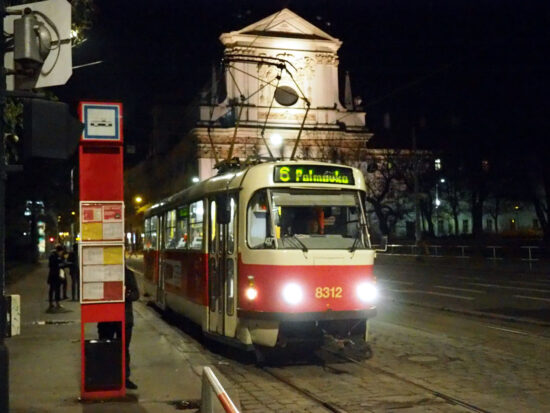