Whatever Happened To? Crich Tramathon 2005 – Sheffield 74

Posted on Monday 9 August 2021 by Gareth Prior

In this latest edition of “Whatever Happened To?” we feature Sheffield 74 which was the only Sheffield tram to run in passenger service at the Crich Tramway Village Tramathon of 2005.

Built by the Electric Railway and Carriage Company, Preston in 1900, Sheffield 74 was originally an open topper before, in 1909, it received a short top cover and it is that condition that the tram has been restored at Crich. Sold on for further use to Gateshead in 1922, the tram would remain in service until 1951 at which point the lower deck became a garden shed. This lower deck was transported to Crich in 1990 for a restoration of the tram to take place although with just the lower deck surviving the upper deck came from other sources which opens the debate as to whether it is truly a restoration of 74 or a replica of the tram! The work on 74 was funded by the Tramcar Sponsorship Organisation and it would enter service in 1995. By 2005 it was another tram which was a firmly established member of the operating fleet.

Although not commissioned for service in 2020, 74 unexpectedly returned to service earlier this summer to provide some extra variety to the operational fleet. 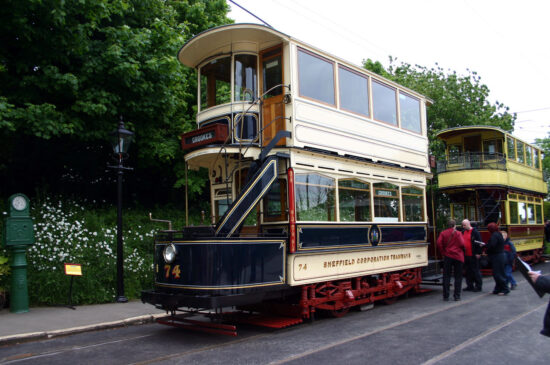 74 stands at the Town End terminus as passengers start to board on 12th June 2005. 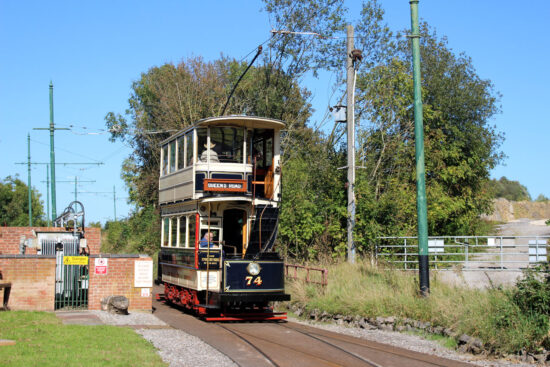 On 21st September 2019 and 74 disappears into the distance at Wakebridge. (Both Photographs by Gareth Prior)