Around the World in Trams: Prague 8261

Posted on Saturday 7 August 2021 by Gareth Prior

“Around the World in Trams” again visits Prague for another view of a Tatra tram in service.

This image was again taken during November 2017 and shows no. 8261 just arriving at the stop with “Sluzebni Jizda” on the destination screen which according to Google translate means “Business Ride”! 8261 is in the maroon and silver livery applied to some of the T3R.PLF sub-class of Tatras. And that is what 8261 is, a T3R.PLF, with it being rebuilt like this in 2007. This class includes a section of low floor to aid access. 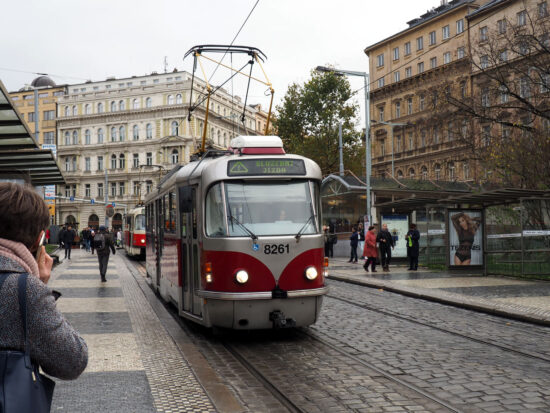 4 Responses to Around the World in Trams: Prague 8261