In Pictures: Good progress in Blackpool

Posted on Tuesday 3 August 2021 by Gareth Prior

Whilst sometimes with our regular updates from the Blackpool Tramway extension it can be a case of “what has actually changed” this latest article is very different as we can see good progress at both ends of the line. At the Talbot Square end there have been additions to the wiring with the first frogs installed while up at Wilko’s after several days of preparation the concrete has been poured around the rails.

The question was posed last week about when the frogs etc. would be installed on the wiring at the Prom end of the line and the answer is now! The latest progress has seen that the first frog has been put in on the overhead which had previously been installed on the south curve from the Prom confirming that the extension will indeed be wired for both pantograph and trolley fitted trams. While the wires haven’t got any further along Talbot Road just yet – or on the north curve – this is another milestone in the project which will see trams running along the extension sometime in 2022 (hopefully!).

Up on the old Wilko’s site and although there has been no further track put down that which had been put down has now been surrounded by concrete. We’ve seen over the past week or so the preparations for this concrete pour with wire mesh having been installed and now it has been possible for the concrete to go down. It beginning to look like a tramway! 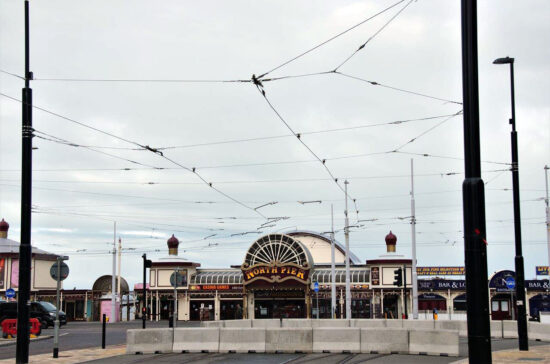 In what has become the “classic” shot of overhead in Talbot Square we look towards the Prom line here with the wire coming across the Prom on the south curves. 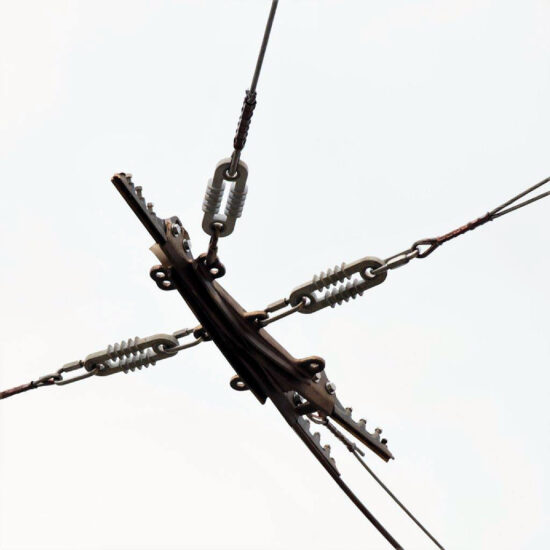 A close-up of some of the detail of the overhead wires. 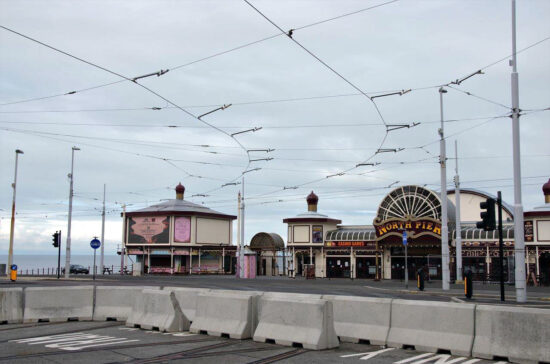 A third shot looking across a deserted Prom road with the wire above the south curve tracks seen to good effect. (Photographs x3 by Tony Stevenson) 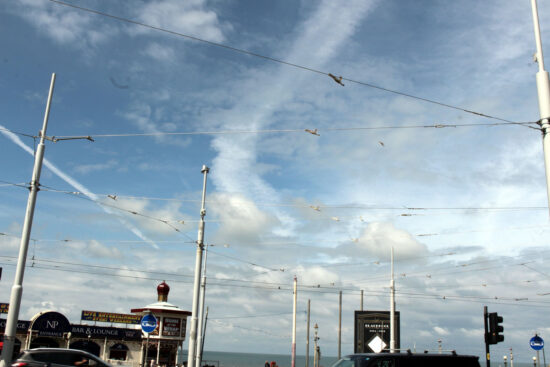 Looking up at the sky and this view shows the recently installed overhead in Talbot Square. 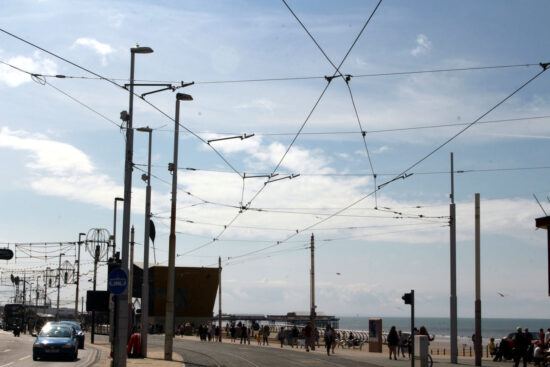 A view south on the Prom line with the new wire curving away onto the extension. 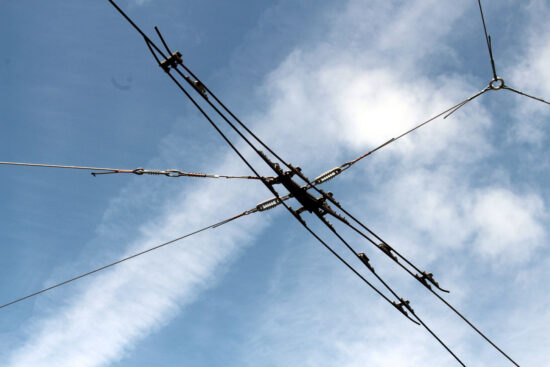 The full frog in place – getting all ready for trams to run under it! 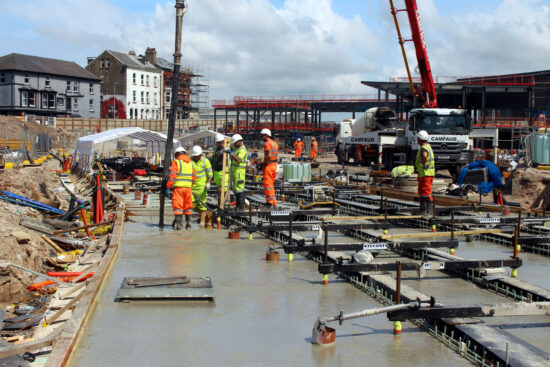 Up at Wilko’s and the concrete is seen still being poured here on the track just through the entrance to the worksite. Just beyond the hose pouring the concrete you can see the wire mesh which had been put down under the whole section of track already down but has now disappeared closer to the camera thanks to the concrete. (Photographs x4 by Tony Armitage, 3rd August 2021) 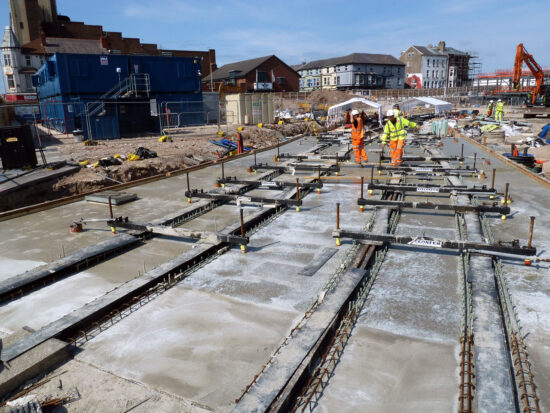 A little bit later in the day and the concrete has dried and goes as far as the tents by the scissors crossover. Note the rails are protected during the concrete pour. (Photograph by Peter Dockerty, 3rd August 2021)