In this edition of “Lockdown Walks” we are heading to Blackpool as we take a look at a heritage tram in service.

Probably one of the most used of the heritage tram fleet in Blackpool is Balloon 717. Restored to something approaching original condition in 2008 thanks to a bequest (albeit with various modern safety additions) the trams ended the traditional tramway as a regular performer and since the heritage era has started it has again been used a fair amount in its original fleet livery. 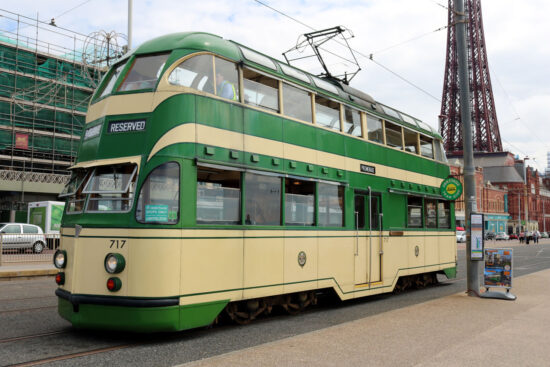 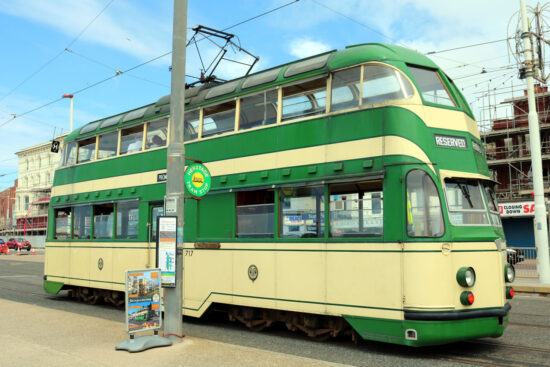 Both of these photos show 717 standing at the North Pier and Tower heritage stop in between tours. (Both Photographs by Trevor Hall, 7th July 2021)