Posted on Wednesday 28 July 2021 by Gareth Prior

Its back to Sheffield for this edition of “Lockdown Walks” as we feature a tram which carries most people’s favourite livery on the Supertram network.

That tram is, of course, none other than 120 which remains in the Sheffield Corporation Tramways inspired livery of cream and blue. This special livery was originally applied in 2010 as a short-term commemoration of the 50th anniversary of the closure of the original tram system in Sheffield but as time has gone on it has retained the colours and even got to see in the 60th anniversary of the closure as well in 2020! 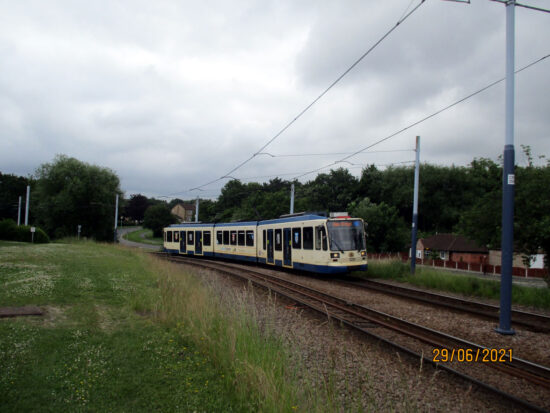 Here we first see the tram as it approaches Crystal Peaks with a service from Halfway to Malin Bridge. 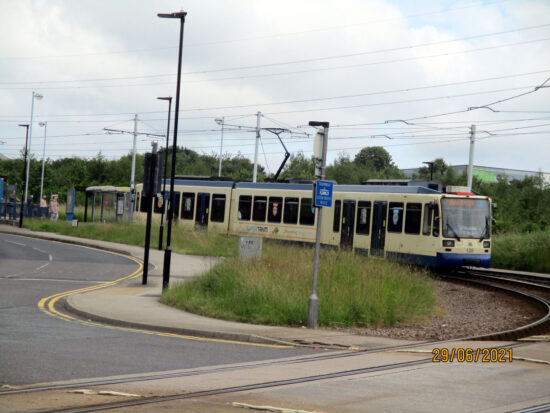 The tight curve in the track on the approach to the Crystal Peaks stop is shown here as 120 just arrives continuing its journey to Malin Bridge. 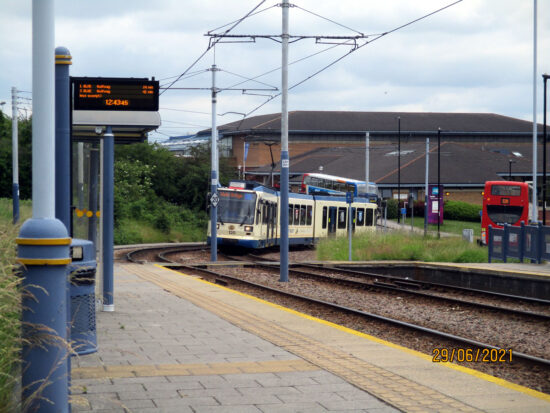 Then some two hours later and we catch up with 120 at Crystal Peaks as it again approaches the stop from Halfway. The message scrolling along the bottom of the passenger information display is reminding passengers of the requirement then to wear a face covering unless exempt including the fact it should cover mouth and nose. (All Photographs by Stuart Cooke, 29th June 2021)