Now there are overhead problems in Sheffield!

They do say bad things happen in threes don’t they? After West Midlands Metro (twice) and Edinburgh Trams saw services disrupted by overhead problems there are now similar issues on Stagecoach Supertram with trams not able to run to or from Halfway since Sunday 18th July.

The damage to the overhead on Supertram happened at Donetsk Way on the Blue route out to Halfway. It is understood that Citylink tram-train 399 206’s pantograph collapsed causing the damage mid-evening on Sunday 18th July with no trams able to run to Halfway since. Blue route services have instead been running from Malin Bridge to Birley Lane with ticket acceptance on the 120 bus route to complete journeys through to Halfway.

Repairs of the overhead have been ongoing throughout Monday 19th and Monday 20th July and at the time of writing no confirmation has been given of when trams may resume along the entire Blue route.

At the same time as this disruption the Purple route has been reduced in frequency to one an hour because of staff availability with a number of drivers currently having to self-isolate.

Looking ahead to this weekend and there will be further revised services on Supertram with the Tramlines festival taking place. This will see services diverted away from Malin Bridge and Herdings Park after the event takes place each evening to be used to transport the crowds away from Leppings Lane.

Tram tickets will be accepted on First bus services in the affected areas during these times.

Anyone attending Tramlines is asked to use Leppings Lane tramstop as this is where you will most likely to be able to board a tram. After the initial end of the event on each day trams will not serve Hillsborough Park or Hillsborough and most trams will not pick up at Middlewood either.

The timetable for the weekend is available at https://www.stagecoachbus.com/media-library/files/supertram/timetables%20and%20maps/2021/tramlines%202021/23-25%20july.pdf?la=en. 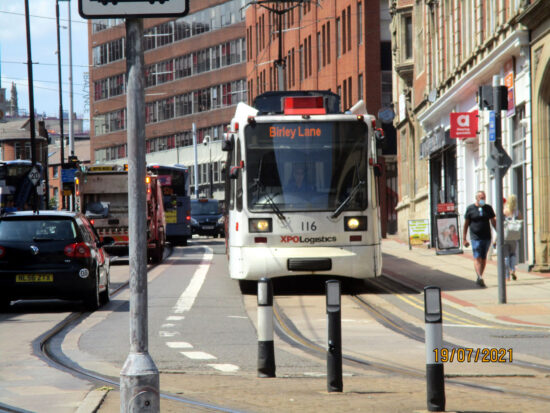