Friday 16th July saw a very unusual destination for Edinburgh Trams – Haymarket Yards where there isn’t a proper stop! With the overhead damaged at West End after a lorry reversed into a lamppost and the power having to be isolated it wasn’t possible to run as far as Haymarket so after a period of trams from the Airport terminating at Murrayfield it was decided to run to Haymarket Yards instead.

Haymarket Yards is located approximately 250 metres to the west of the Haymarket tramstop and features a three track layout to allow for trams to be stabled there (the most high-profile use of this was on the first weekend of operation when a failed tram was moved there) and also has a low level “platform” for staff use. Whilst this is not the same height as a standard platform – and does not provide level access to the tram – it does make it easier to get on and off the tram. To further aid passengers to board a ramp was also provided from the pavement, although many passengers chose to use other doors, accepting the slight step-up.

The incident itself saw no trams able to run through to York Place for several hours. It happened after a lorry reversed into a lamppost at West End which in turn fell across a span wire causing damage to the overhead. Repairs took several hours to complete and in that time the service ran from the Airport to Murrayfield initially before it was later extended to Haymarket Yards. A full service through Edinburgh City Centre resumed at approximately 1800.

Often when there is disruption of this type public transport will often run a service which is the most operationally desirable so to see Edinburgh Trams use a “non-stop” at Haymarket Yards to get passengers as close to the city centre should be applauded. 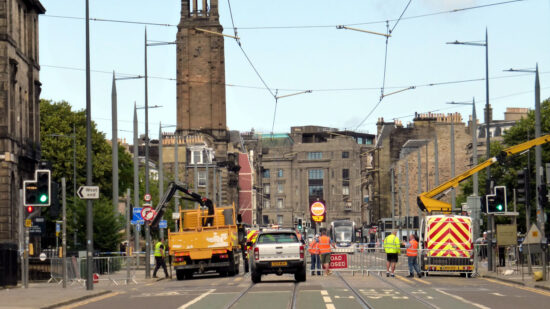 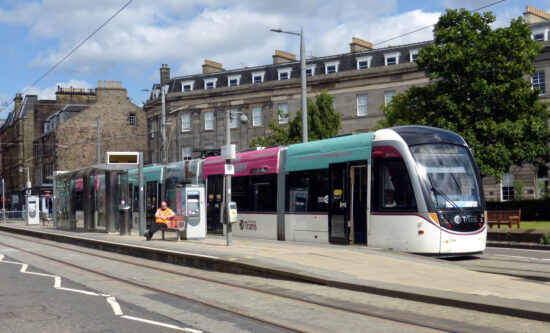 Tram 255 sits at West End tramstop with pantograph down and the Driver enjoying the nice weather and waiting for a return to normal service. 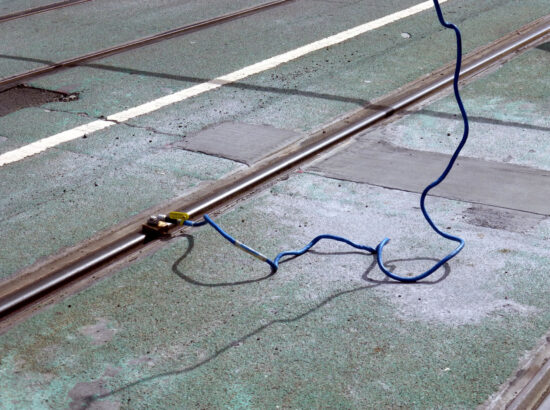 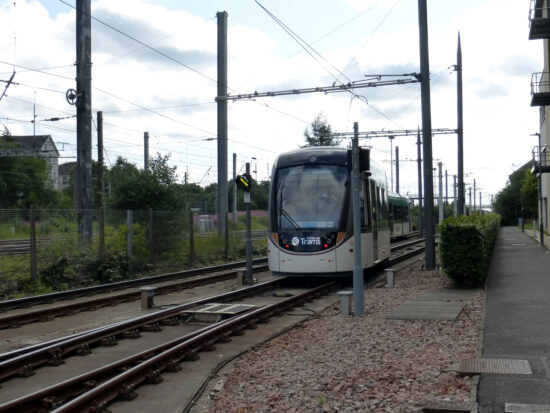 Tram 254 is seen departing the temporary terminus at Haymarket Yards heading for Airport and traversing the little used crossover at this point. 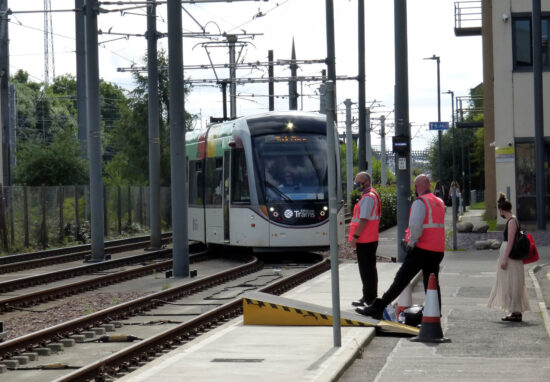 Tram 274 approaches the temporary terminus and is entering the layby track at Haymarket Yards. 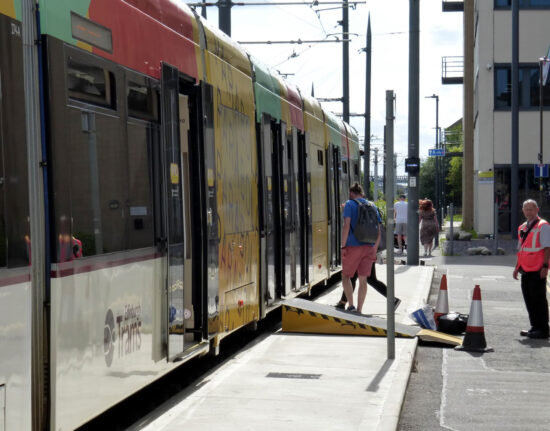 A passenger boarding the tram using the temporary ramp. 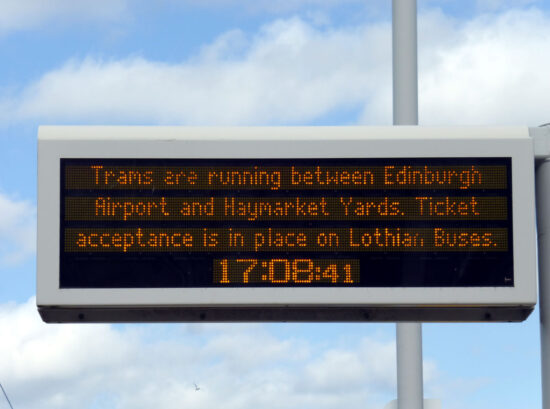 The platform display showing ‘Haymarket Yards’ as the terminus. (All Photographs by John Hampton, 16th July 2021)