This edition of “Whatever Happened To?” features London Transport 1622, a tram which was operational in Crich in 2005 although today is in the workshops waiting for a chance to shine again.

London Transport 1622 is an E/1 car which was built in 1912 for London County Council – its hard to imagine it now but there were over 1,000 of this class of tram built and today only two remain extant. It would remain in service until withdrawal in 1940. 1622 was sold on for further use and ended up in Hampshire with the lower deck eventually moved to Liss where it found several different uses. Subsequently the lower deck was saved and it underwent a lengthy restoration which started in 1979 in London and would eventually be finished in 1997 at Crich. It was restored to the rehabilitated condition many of the E/1s received although 1622 wasn’t ever so treated. In 2005 it was a regular member of the operating fleet.

If we look at the tram today and it is one of the ongoing projects in the Workshops which have been delayed by the pandemic. It last operated in 2016 and was due to return during 2020 but this wasn’t possible so hopefully 2021 will be its year! 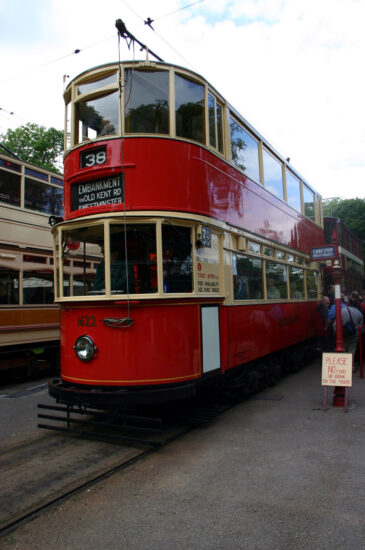 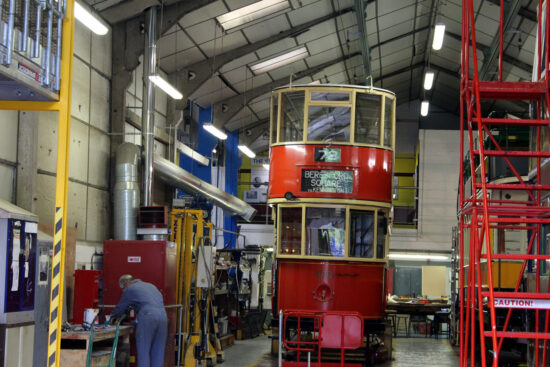 On 15th July 2019 and we see 1622 in the Workshops during its most recent overhaul which will hopefully see the tram back on the rails soon. (Both Photographs by Gareth Prior)