Another week of “Lockdown Walks” and today we feature the West Midlands Metro.

For a little over a week in late May and early June 2021 West Midlands Metro services were unable to run through to Wolverhampton because an old bridge over the tramway in Bilston had to be demolished by Wolverhampton City Council. This led to trams only being able to run from Library to Wednesbury Parkway at the normal timetable frequency. 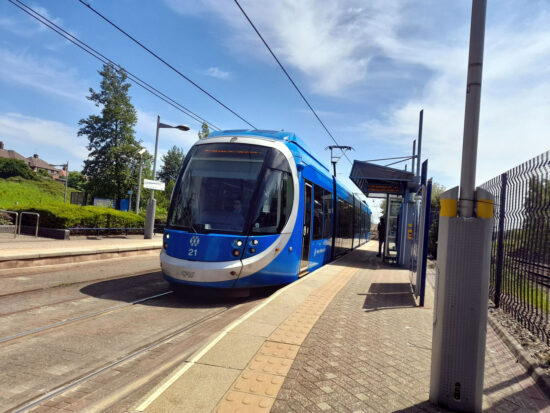 Taken during that work at Handsworth Booth Street we see 21 making the stop as it heads north to Wednesbury Parkway. The railway line is to the right of the fence. 21 is now running without adverts after losing its Just Eat designs earlier in 2021. (Photograph by Dan Noon, 2nd June 2021)