The very slow and steady pace of the overhead installation in Blackpool is continuing for the Blackpool North Railway Station extension. To recap the overhead installation recommenced on Monday 5th July and is taking place overnight to minimise disruption. So far, attention has been concentrated at the Talbot Square end of the extension with span wires being installed ahead of the main overhead going up. In this update we also take another look at the old Wilko’s site where the first sections of track have been laid in preparation for trams to start running. 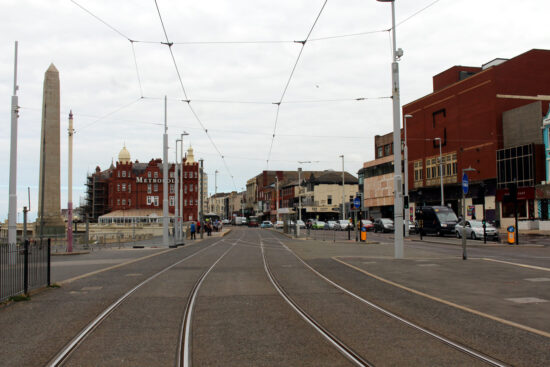 The mainline tramway on Friday 9th July and since we last took a look at the progress a further two span wires have been added to the north curve. (Photograph by Tony Armitage, 9th July 2021) 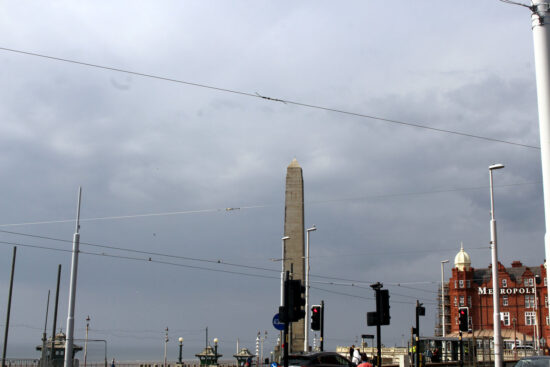 10th July and with cloudier skies the wires can be made out more clearly. 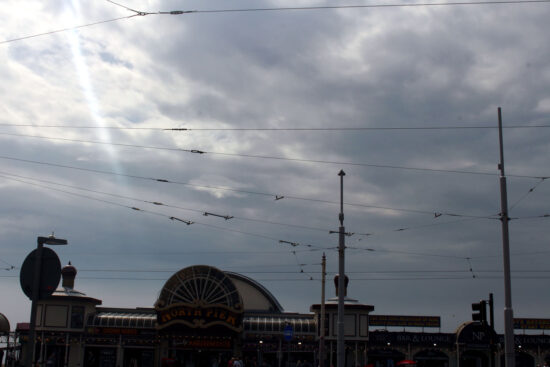 The various wires already in place at the junction with the line up Talbot Road. 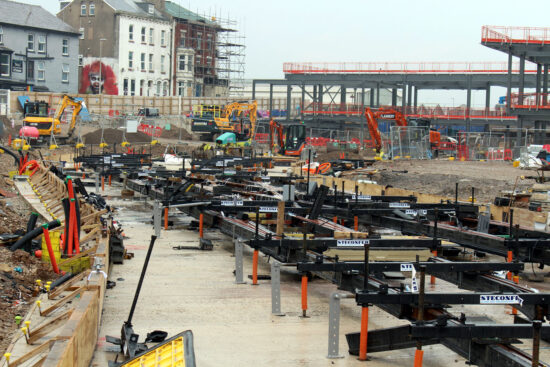 Up at Wilko’s and we see the track which has already been put down but still awaiting final fixing into place. 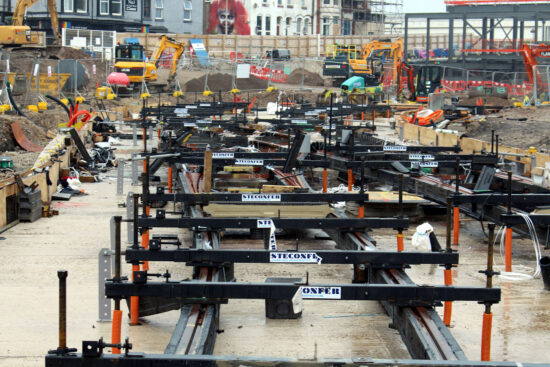 A close-up of the scissors crossover which will allow trams to access both platform faces at the terminus. (Photographs x4 by Tony Armitage, 10th July 2021)