Wednesday 23rd June 2021 saw the fourth of the new batch of trams for West Midlands Metro arrive at Wednesbury Depot. 41 was delivered to the depot having made the now familiar journey from Spain to the UK, landing in Bristol before it was transferred by road to the West Midlands.

As confirmed in the comments section after 38 was delivered a couple of weeks ago, these new trams are designated as Urbos 100 (as opposed to the Urbos 3 of the original 21 trams) and there are several differences to the design of these trams. They are still fitted with batteries for operation in the sections of the network which are without overhead wires and are being delivered with the full livery applied.

41 is the second tram in a row to arrive with external numbers already applied following on from 38 two weeks earlier. Both 39 and 40 arrived without numbers affixed.

While there has been limited testing and gauge clearance runs on the earlier deliveries they haven’t yet been regularly seen out on the mainline. The previously announced TfWM plan is that eight of the 21 trams on order will arrive in 2021 with the rest then being delivered by 2023. Five of these eight are due to enter service before the year is out. 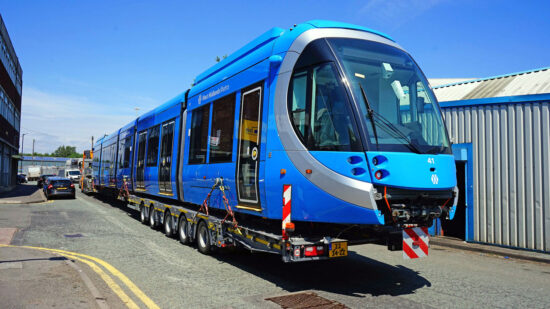 Under blue skies, 41 arrives at Wednesbury having travelled across from Spain via Bristol. 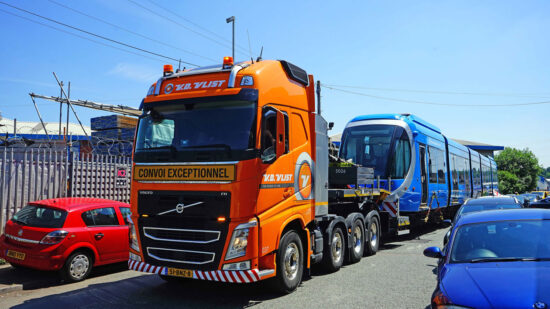 The narrow approach to the depot is seen here as the brightly coloured low loader brings 41 to its new home. 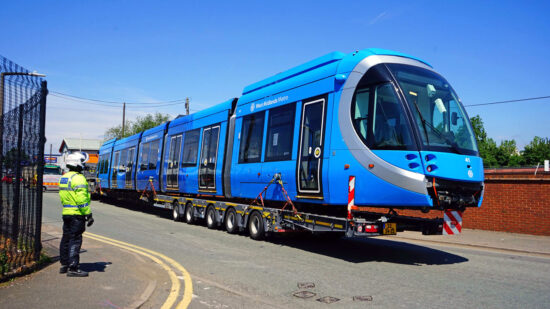 With the Police Officer keeping a close eye on proceedings we take another look at 41 as arrives at Wednesbury Depot. (Photographs x3 by Andy Walters) 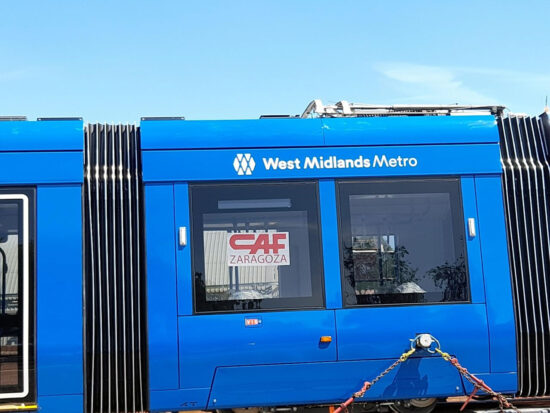 We’re always going on about the batteries fitted to these trams but let’s not forget that they are also pantograph fitted as seen in this view. There is also no mistaking who has made the trams and where! 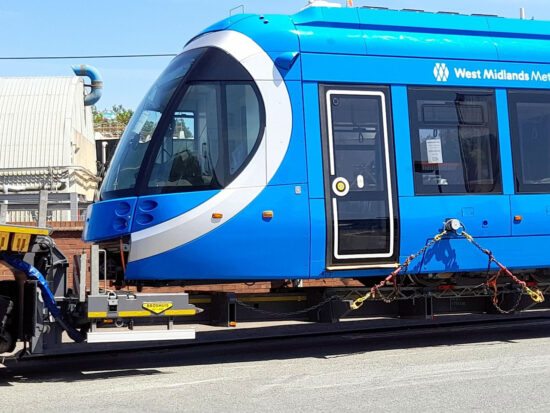 A close-up view of one end of 41 as it is delivered. The battery compartment is seen at the top. (Photographs x2 by Dan Noon)

2 Responses to In Pictures: West Midlands Metro 41 the latest new tram to arrive