In Pictures: Another update from Wilko’s

The former Wilko’s site in Talbot Road, Blackpool remains a hive of activity as preparations continue for what we’re all waiting for – the laying of track to the all new tramway terminus which its hoped will first see passengers in 2022. In this latest pictorial update we take a look to see what has been happening during the week of 21st June – and you can see some of the progress which has been made. 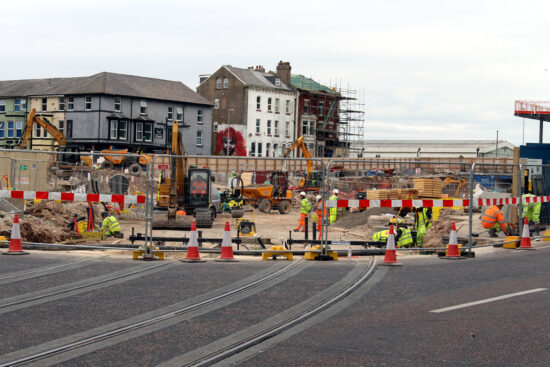 This view is taken from a different angle to those we have seen recently and shows the already laid track along the road leading into the worksite. As we saw in our last update once you get beyond the barriers that is where the work is starting with the Steconfer track gauges in place at the very end of the track, Beyond that there is work taking place to prepare the surface for the eventual laying of the tracks which will the continue further towards the railway station and terminate at a new stop. (Photograph by Tony Armitage, 21st June 2021) 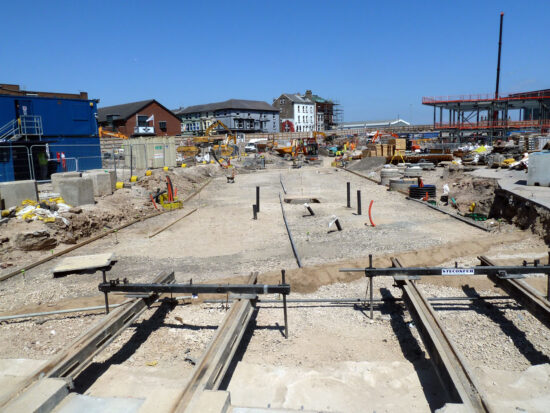 A closer view the following day showing the route ahead of the rails being cleared in preparation for their laying. 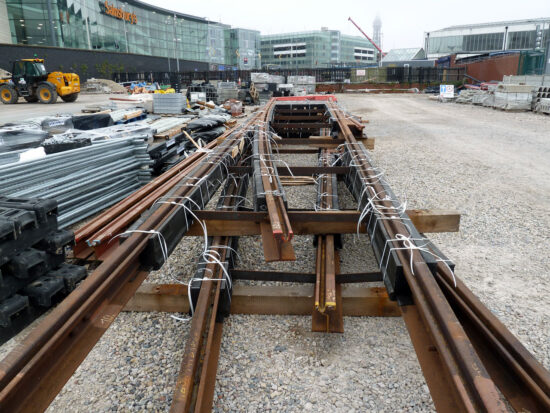 Track – including pointwork – waits for installation in the compound by the railway station. 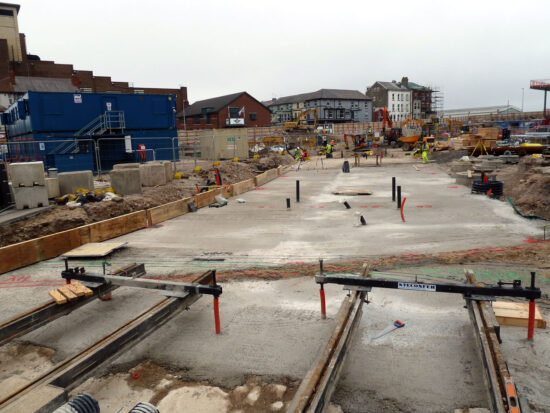 Good progress has been made in recent days on the Wilko’s site as this 24th June view shows. A concrete base has now been laid and the wooden formwork is also in place. (Photographs x3 by Peter Dockerty)

2 Responses to In Pictures: Another update from Wilko’s