In Pictures: More B fleet usage in Blackpool

It appears that the future for Blackpool Transport’s B fleet Balloons may be a bit brighter as after last weekend’s usage of three of the sub-class they were back out again over the weekend of Saturday 19th and Sunday 20th June. Once again they were running top deck closed as they only had one conductor assigned but it is still a positive step for these trams which have rarely been used for their intended purpose. 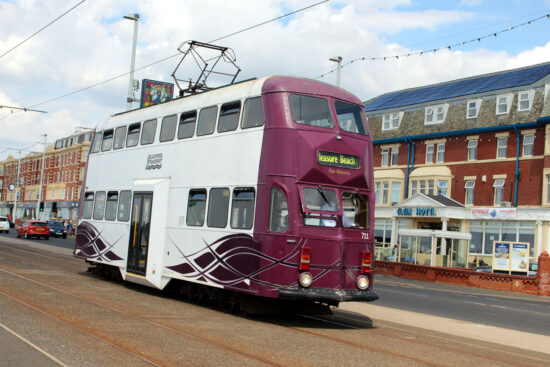 711 at Cabin with a southbound service for Pleasure Beach. 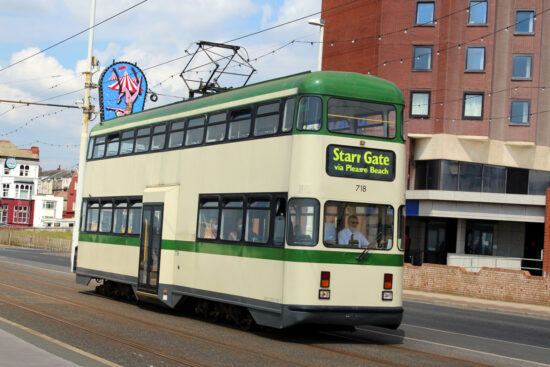 718 is then seen on the way to Starr Gate as it runs along North Promenade between Gynn Square and Wilton Parade. (Photographs x2 by Tony Armitage, 19th June 2021) 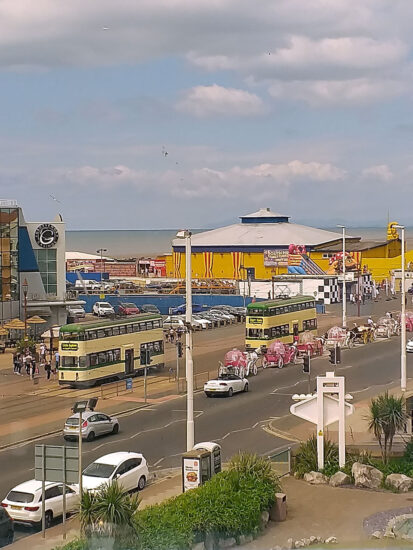 This stunning view taken from the White Tower restaurant at the Pleasure Beach shows 707 on the way to Starr Gate and 718 at the start of its journey to Little Bispham having just rounded Pleasure Beach loop. (Photograph by John Hibbert, 20th June 2021)

2 Responses to In Pictures: More B fleet usage in Blackpool