Whatever Happened To? Crich Tramathon – Leeds 602

Today “Whatever Happened To?” reaches probably the most controversial tram of this current series. Leeds 602 was running in service at the time but has since become a high-profile member of the statis display within the Great Exhibition Hall.

Dating from 1953, Leeds 602 would only run for four years in Leeds and was conceived as a prototype which could have seen the fleet of double-deckers replaced by a fleet of single deckers along with the construction of subways. Fitted with VAMBAC equipment it was certainly state of the art but as history will tell us the plan to upgrade the tramway never happened and 602 never lived up to expectations in the city and ended up being confined to route 25 between Swinegate and Hunslet. Withdrawn in 1957 (a couple of years ahead of the closure of the system) it was finally acquired for Crich in 1960 and by the time we reached 2005 it was very nearly at the end of what had been a pretty intermittent use (its longest period of use being between 1987 and 1995).

After the 2005 Tramathon, 602 would run for only one more season before it was withdrawn during 2006. It has since become a static exhibit and can now be found in the Great Exhibition Hall. In 2014 despite a bequest for its restoration into service being offered the decision was taken to conserve the tram in its current condition after a curatorial study discovered the tram was still in pretty much as withdrawn condition. 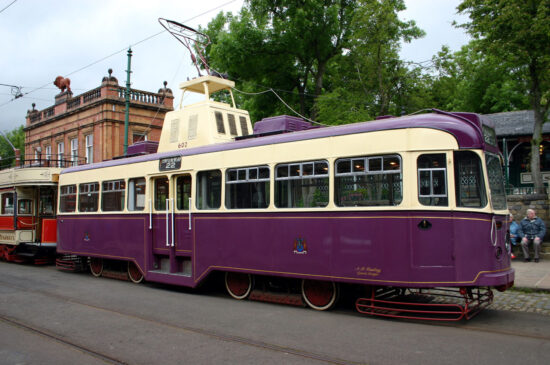 Leeds 602 seen at Stephenson Place on 12th June 2005 as it gets ready for its next trip along the line. 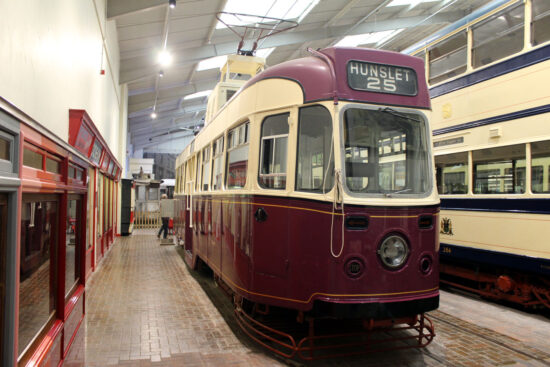 On 15th July 2019 and we see 602 in its new resting place within the Great Exhibition Hall. (Both Photographs by Gareth Prior)

1 Response to Whatever Happened To? Crich Tramathon – Leeds 602