We feature a second Glasgow car in a row in “Whatever Happened To? Today but this one – Glasgow 812 – is one which has since been withdrawn from service.

Glasgow 812 was built in 1900 as one of the ubiquitous Standard cars, originally an open top car but modernised as the years progressed. It went through the works in 1930 to bring it into the fully enclosed condition it is known for today. Finally withdrawn in 1960 it soon made the move to Crich and would carry its first passengers during 1966. It would receive a restoration in the late 1970s and by Tramathon 2005 it had been back in use for 24 years.

But in 2021 the tram is now out of service again having last run in 2015 at which point it had to be taken out of use awaiting space in the workshops for a full overhaul. It still waits for this today can now be seen in the depots. 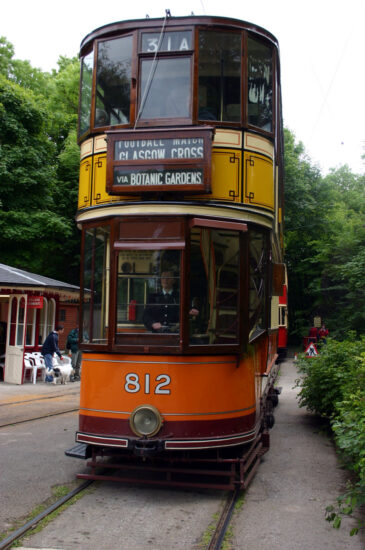 On 12th June 2005 and Glasgow 812 pulls into Wakebridge when heading up to Glory Mine. 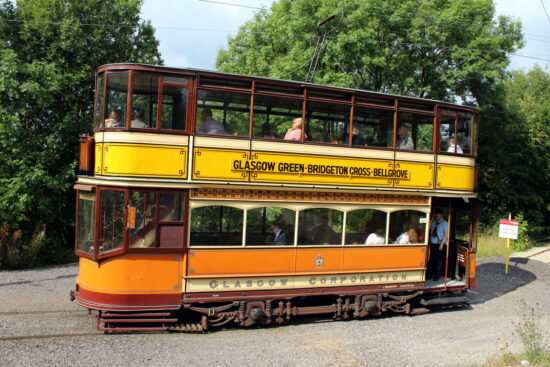 This is 19th September 2015 with Glasgow 812 sitting at Glory Mine, it is at the then limit of the operating line. (Both Photographs by Gareth Prior)

3 Responses to Whatever Happened To? Crich Tramathon 2005 – Glasgow 812