This is 1949 built Graz 225 which first arrived at Summerlee in 1989 and was one of the early operating trams at the museum. But when the museum closed for renovation in 2006 it was withdrawn from service and was eventually sold on to the Brighton Tram 53 Group who intended to use parts from the tram in the restoration of their tram.

In this photo we see 225 in late November 2008 – with a light dusting of snow on the ground – by which time the tram was out of service and stored in the open. Despite its outside storage the tram still looked in a presentable condition at this time. 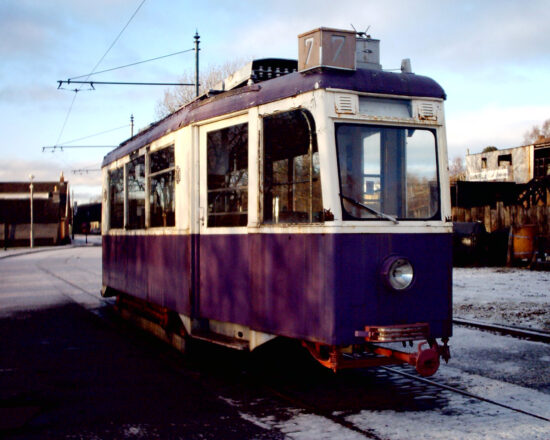