Posted on Saturday 24 April 2021 by Gareth Prior

The Heaton Park Tramway may still be closed to the public but that doesn’t mean that the dedicated volunteers aren’t busy – far from it! Several different jobs are being undertaken at the moment and in this article we feature some vital sleeper replacement work on the section of track between old Lakeside and Whitegate.

Over the weekend of 17th and 18th April volunteers from the tramway started the sleeper replacement work and will continue on this task over the following three weekends before the work is paused until the winter. It is a very manual task to complete the work with no mechanical equipment being used but that didn’t seem to deter the volunteers from making excellent progress over that first weekend.

The funding enabling the tramway to replace these sleepers has come from the operation during the Lightopia event last December – not just an excuse to run trams after dark then! Around 40 hardwood sleepers have been purchased along with the nuts and bolts for the track joints and these will now be installed on the section from old Lakeside to Whitegate. This section of track was completed in 1991 and was built using secondhand materials so has lasted very well all things considered.

The first weekend of work saw the first 10 sleepers replaced. To complete the work the track joints and bonds were disconnected and the rail section jacked up at each end, the old sleepers were then removed one by one, the holes underneath cleared and then the new freshly painted sleepers were placed back in situ. It may sound easy putting it like that but each sleeper is a four person lift. At the end of the first day all 10 sleepers were back in place and the rails lowered ready for day two of drilling the sleepers spiking the rails and joining the rails back together.

The Heaton Park Tramway are always looking for more volunteers and if anyone would like to help with this or any other work they are currently undertaking please drop them an email at info@hptramway.co.uk. It doesn’t matter whether you are fully experienced or just fully enthusiastic you will be welcomed by the friendly team at the tramway. 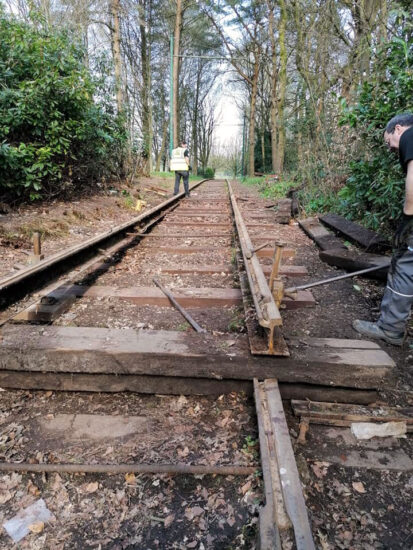 The rails are jacked up. 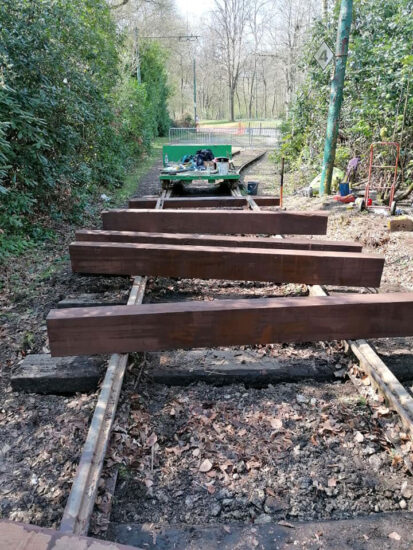 The new sleepers wait for installation. 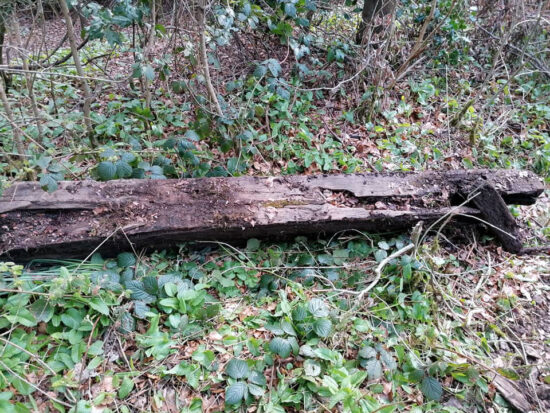 One of the old sleepers removed showing just why replacement was required. 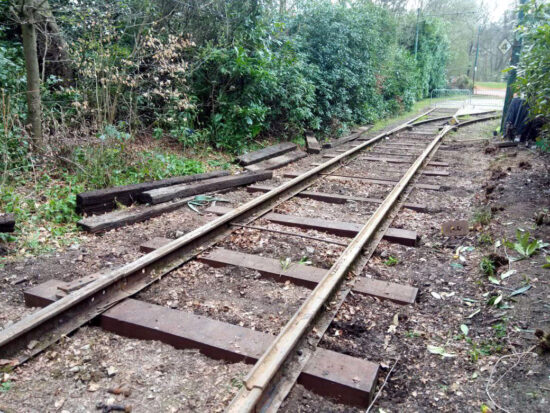 New sleepers now in place with track back down. (All Photographs courtesy of Heaton Park Tramway)