Posted on Wednesday 21 April 2021 by Gareth Prior

Stamford Hill Depot was opened for electric trams in February 1907 and was used for trams until 4th February 1939 when the last tram routes to be served by the facility closed. It became a trolleybus depot until 18th July 1961 and has been a bus garage ever since. As with many old tram depots it had a narrow entrance and exit with buses now going in one end and out the other! 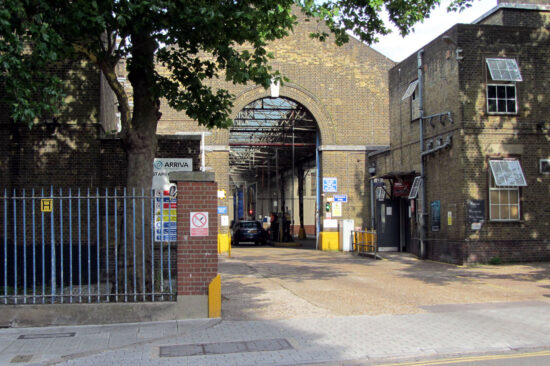 The entrance to the Arriva owned bus garage. 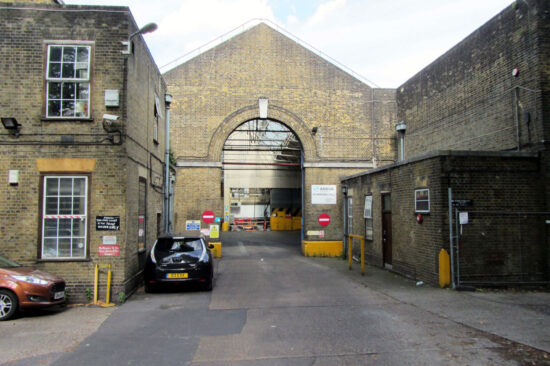 And the exit. (Both Photographs by Bob Hodges)