Graz 225 to be dismantled

Graz 225 – which has been owned by the Brighton Tram 53 Society since 2010 – is currently being dismantled with the Society not having the resources to give it a full restoration. The tram has been stored out in the open throughout its time in East Sussex having also spent the last few years of its time at Summerlee outside and would have needed significant investment to even cosmetically restore it. Coupled with the fact that the owner of the location where the Society keep their trams has asked them to remove it the decision was taken to dismantle it.

Graz 225 was built in 1950 and is a SGP M2d which ran in Austria until 1988 at which point it was withdrawn. Then acquired for the Summerlee Museum in Scotland it was one of the first trams on site and was a used regularly for a number of years, this was before some of the more local trams had been restored to service, before a second withdrawal came. Stored out in the open it was then purchased by the Brighton 53 Tram Society was transferred it down to the south coast in 2010. Since it has been in Sussex there has been limited conservation work undertaken on the tram (the most obvious of which has been a repaint from purple to green) and it has also been used to provide spare parts for the restoration of Brighton 53, which is, of course, the group’s main focus of attention.

But now with the landlord of the farm where the trams are kept asking for it to be removed and despite attempts to find 225 a new home (it has been offered to a number of locations for free but with no takers) the difficult decision has been made to scrap the tram. 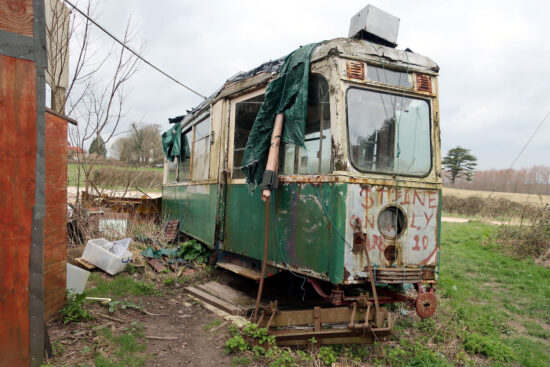 Before work started on its dismantling we see Graz 225 here in East Sussex. This view shows how much work would have been involved to restore it and with the Brighton Tram 53 Society having very limited resources they just wouldn’t have been able to complete the work. 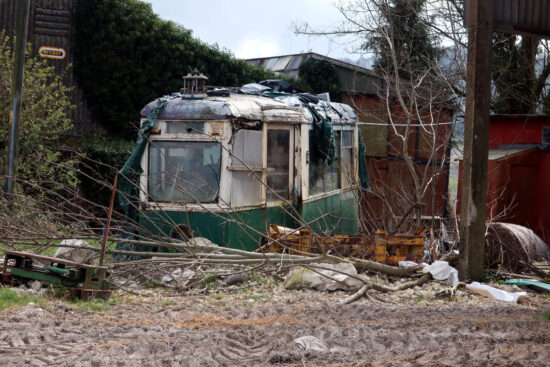 Another look at 225 before its demolition. 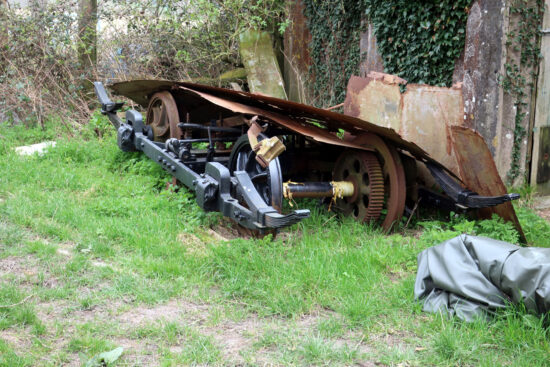 Also stored outside at the location is a set of wheels, presumably for Brighton 53. (All Photographs by Graham Clifford, 23rd March 2021)

This entry was posted in Brighton Tram 53 Group. Bookmark the permalink.

1 Response to Graz 225 to be dismantled