Posted on Wednesday 3 March 2021 by Gareth Prior

As we enter March and we start to see those first signs of Spring and a hoped for gradual relaxation of restrictions we can start to think of what we may have to look forward once things do start to get back to “normal”. And one of those things looks like it could be the eventual return to service of the Fylde Transport Trust’s Railcoach 279, the restoration of which has continued to make progress over the past few months.

We just ran an article on 279 a few weeks ago when we mentioned that the specially made windscreens were close to completion after the manufacturer were able to work on these after the conclusion of other contracts and now the Fylde Transport Trust have reported that the first trial fitting of the windscreens have taken place – and as the photos below show really add to the ever evolving tram!

There may still be a fair amount of work to be finished on the tram but hopefully it won’t be too long before 279 is able to return to doing what Blackpool trams do best – carrying happy people along the Prom on a sunny summer’s day! 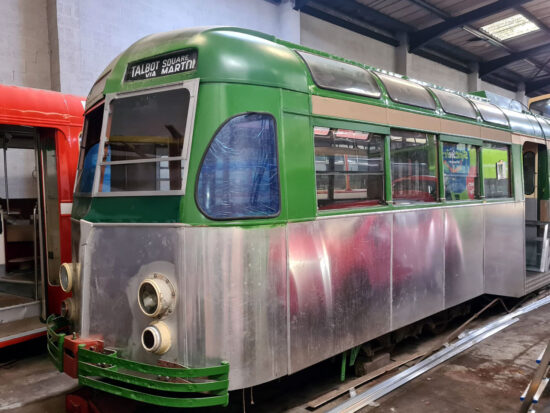 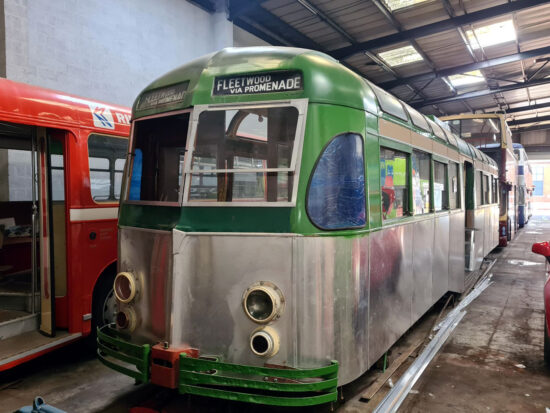 Talbot Square or Fleetwood? Hopefully not too long until this is more than a name on a blind and becomes a reality. 279 at the FTT’s base with windscreen being trial fitted. (Both Photographs by Fylde Transport Trust)