In this edition of “Trams &” we are at the Crich Tramway Village but the photo has a distinctly Blackpool feel as there are two trams and a bus which all originate from the Fylde Coast.

The below photo was taken on 1st September 2018 which was the annual enthusiasts event at Crich – that year called Simply Trams – with two very regular performers at the museum seen on the tramway. On the left – on the outbound track – is Blackpool Pantograph 167– while on the other track is one of the most regularly used trams at Crich, Blackpool Standard 40. The two trams seem to be posed for photos with the image captured at the very start of the day.

Providing the non-tram interest here is an Optare Delta which ended its operating career with Blackpool Transport with the fleet number 133. The bus entered service with Fylde Transport in 1991 and remained in active service until 2011 when it was first sold into preservation. 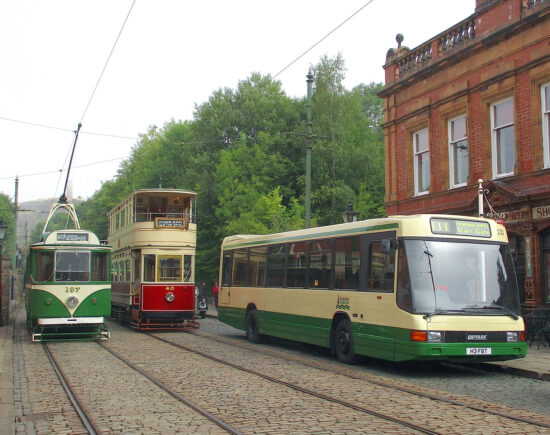