Posted on Wednesday 15 May 2013 by Gareth Prior

Not previously reported on these pages was the arrival of the top deck of Glasgow 488 at Minffordd on the Ffestiniog Railway joining the lower deck which had of course arrived in March. The top deck was delivered to Wales on Tuesday 23 April but its arrival wasn’t actually expected and so there was a quick scramble to find staff and a crane to unload it! Preparations are now in hand to move both halves of the tram down to the Boston Lodge workshops after which a start can be made on the restoration.

For those unaware 488 has been repatriated from Paris where it had been exported to in the 1960s after its operational life was over in its home city. It was initially put on display at the Amtuir Museum in the French capital but in recent years had spent a large period of time in store with the two decks having to split in order for it to fit in its storage building. Once the tram is restored professionally at the Boston Lodge workshops it is intended that the tram will join the operational fleet at the East Anglia Transport Museum. It is currently envisaged this will be in 2015. Full details of the restoration as it happens will be added to the official 488 website at http://www.488.cyberpictures.net. 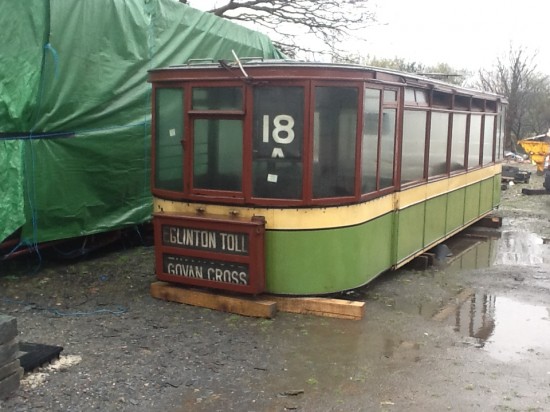 Taken the day after arrival in Wales - Wednesday 24 April - our first image shows the top deck of Glasgow 488 sitting on the ground. 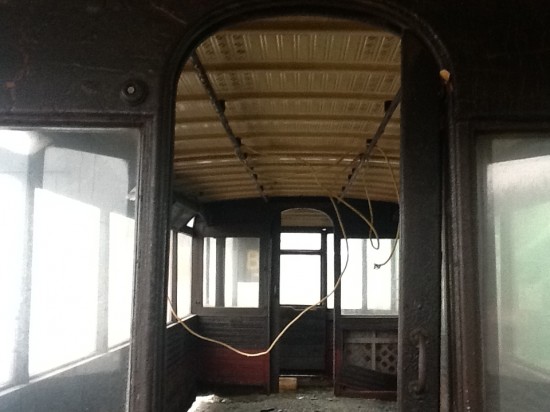 A view inside the upper saloon. 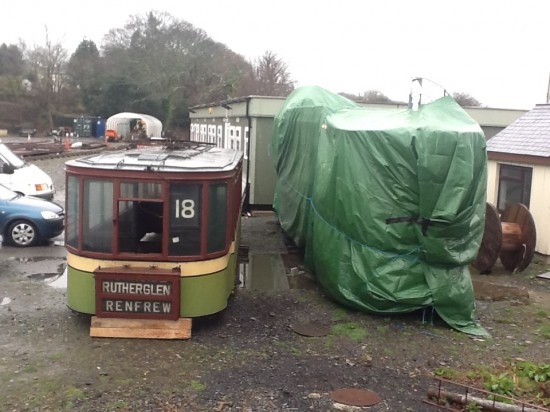 The top deck is seen here alongside the sheeted over lower deck. 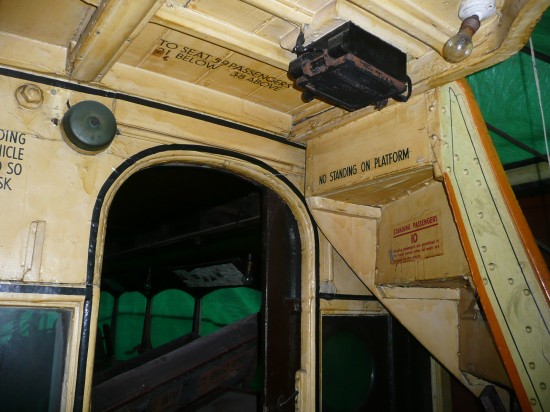 A look inside the lower deck now showing how the interior has deteriorated over the years. 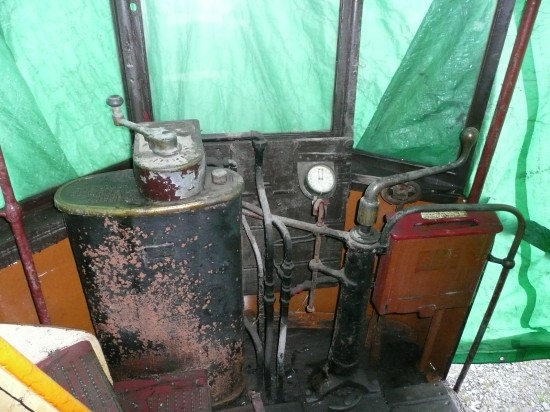 One of the cab ends. 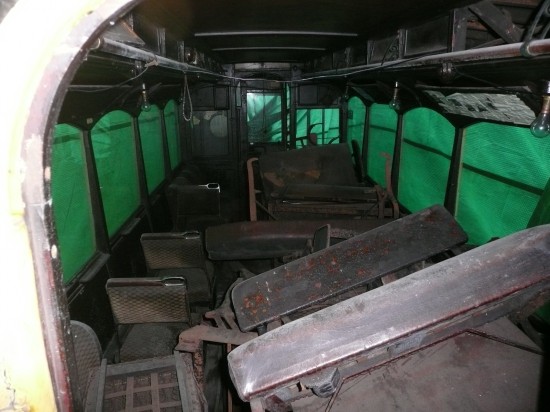 The lower saloon could probably best be described a mess! (All photos courtesy of Hugh Taylor)

1 Response to In Pictures: Glasgow 488 top deck arrives in Wales