Around the World in Trams: Den Haag 3139

Posted on Saturday 13 February 2021 by Gareth Prior

Its not all about fleet liveries in Den Haag as we find out in today’s 2017 image from the tramway system as “Around the World in Trams” continues.

In this image, dating from 4th July 2017, the tram we see is GTL8 3139. Rather than the standard fleet livery it is in an advert for the Dutch National Theatre. The tram is just passing the Museum de Gevangenpoort and is now running along Buitenhof in the centre of Den Haag on a southbound working of Route 1. The Gevangenpoort or Prisoners’ Gate was built in 1280 as the main entrance to the Binnenhof castle which today is on the other side of the road. It gained its name in 1428 when it first also served as a prison but today is a local history museum. 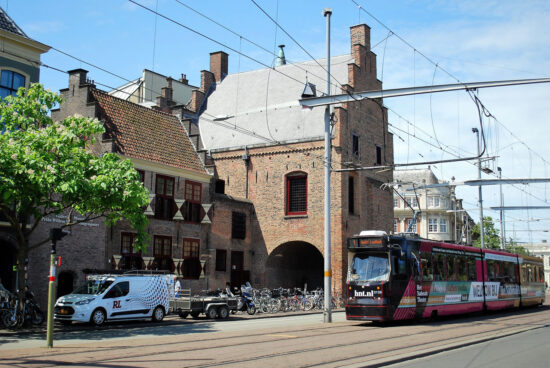