Posted on Monday 1 February 2021 by Gareth Prior

We return to Blackpool in 1971 for today’s archive photo image as we take a look at one of the converted Works vehicles.

Works Car 5 – the second Blackpool Works Car to carry this number and coincidentally they have both ended up in the Tramway Museum Society collection with the other being Box Car 40 – was converted from English Electric Railcoach 221 (a first series Railcoach) entering service in April 1965 having been withdrawn from passenger use at the end of the 1963 season. It would only have a relatively short period in use with the Permanent Way department though as October 1971 – not too long after these photos were taken – it was withdrawn and a start made on converting it into an OMO Car. It duly became OMO 5 and would eventually be secured for Crich although has never actually been to the museum being kept in off site storage at Clay Cross.

In this first image of 5 we are at Rigby Road Depot again and see the tram on the depot fan with the old tram wash in the background. 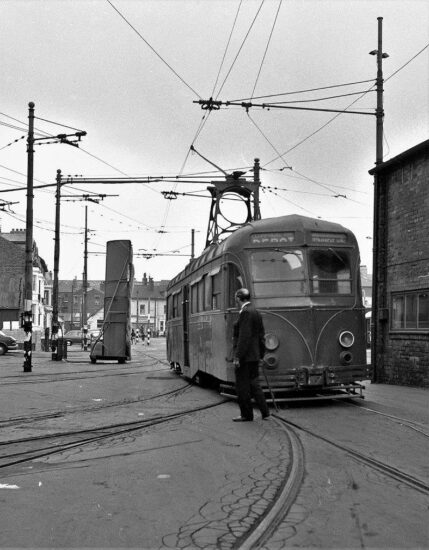 We then move to Thornton Gate – which was the Permanent Way Yard at the time and for many years later – and see the tram again. Note the destination blinds are set between “DEPOT” and “PERMANENT WAY” and that the tram retains its twin indicators. 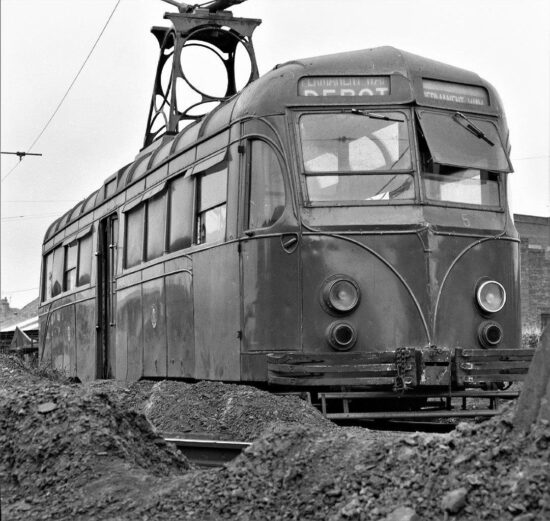