Whatever Happened To? Midland Metro 06

Today we are again taking a look at Midland Metro’s original trams to see just what has happened to them over the years!

In this instalment we feature 06 which arrived in the West Midlands on 27th July 1998 having made the journey from Italy where it was constructed by Ansaldo Transporti. Entering service the following year the tram would retain its original multi coloured livery throughout its operating career before being withdrawn after service on 8th June 2015 becoming the unlucky 13th tram to be taken permanently out of service.

After being stored at Wednesbury Depot for a while it was transported to Long Marston for further storage on 26th February 2016. It would remain at the facility in Warwickshire for a little over two years when, after an e-auction, it was sold for scrapping and would make its very last journey to Rotherham and a date with C F Booth. 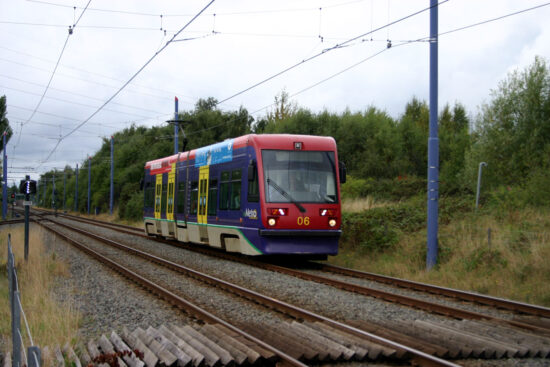 06 is seen here approaching Wednesbury Parkway with a service for Birmingham Snow Hill on 4th October 2013. (Photograph by Gareth Prior) 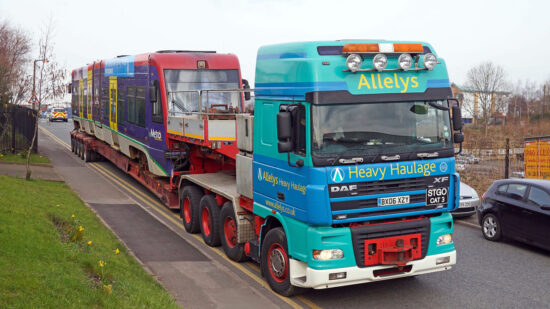 26th February 2016 and 06 leaves Wednesbury Depot for the final time on the back of an Allely’s low loader. It was bound for Long Marston where it would remain for a further two years. (Photograph by Andy Walters)