In this “Trams &” we are again on the way to Crich for an image taken showing a tram alongside something which isn’t a tram!

In fact this time round we have two trams and a bus for you: Gateshead 5 and Sheffield 189 representing the trams and Barnsley & District 5 being the bus. Two of these vehicles have featured in this series side-by-side before (the two number 5s) but this time they are joined by an additional tram on the depot fan at Crich during the Crich 60 event which was held over two days in September 2019.

This image was taken on the second – and wetter! – day on 22nd September 2019 and closest to the camera we have Gateshead 5 with the Barnsley & District bus alongside. These two vehicles were both originally owned by BET with the bus an early replacement for trams and have often been posed together to show the evolution of public transport. In this image they are joined by Sheffield 189 which was on display on the centre siding in the yard in preparation for a later Sheffield tram line-up. 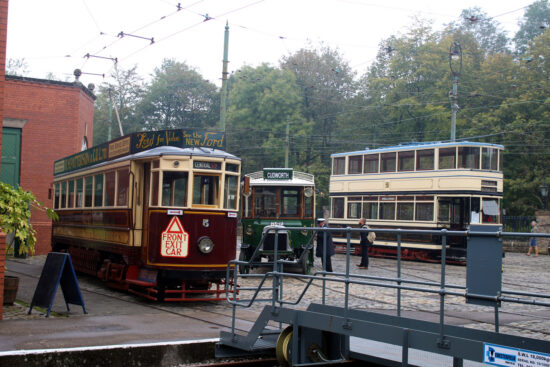