We’re a bit more recent than many of the photos in the “Picture in Time” series from today but then who needs an excuse to show some photos from the Manx Electric Railway?

This is 26th August 2010 and very nicely illustrates the stunning views you can get from the Manx Electric Railway as well as its proximity to the Irish Sea. It looks a nice and clear day with the Irish Sea more resembling a duck pond rather than the rough seas it can often give those travellers onboard the Isle of Man Steam Packet sailings.

It may be the height of summer but this service is very lightly loaded with just four of five passengers on the trailer and a few more on the motor as the pair head south along the line. The trams seen here are Winter Saloon 5 and trailer 40, two regular performers in service. 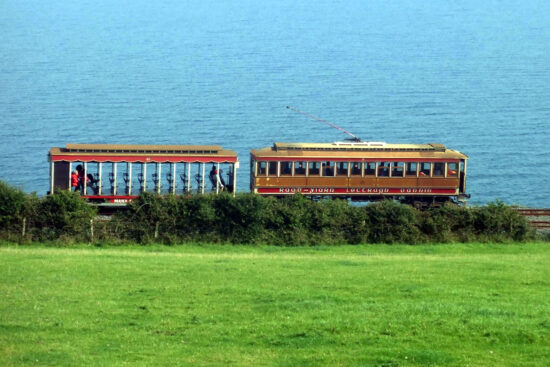