This series where we are looking at tram stops on Nottingham Express Transit’s Clifton South line continues as we reach Southchurch Drive North.

The first half (in stops at least) of the Clifton South line is segregated from other traffic (except for a few road crossings) but from now until just before the terminus trams start to share the roads with cars and the first of these stops is on the gradient at Southchurch Drive North. But before we get the stop the tramway goes under the A52 and then crosses Fairham Brook ahead of snaking along a short stretch of Farnborough Road. It then arrives at Southchurch Drive North with two platforms either side of the road. 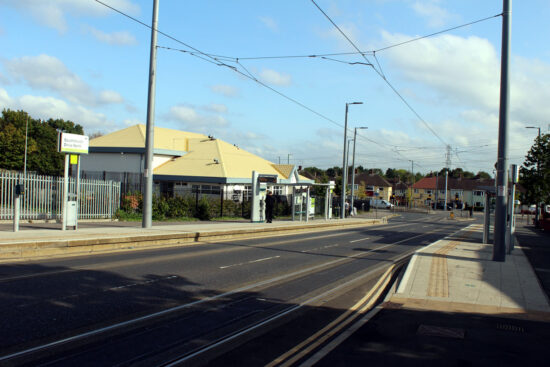 Southchurch Drive North stop looking towards Farnborough Road and the line back towards Nottingham. 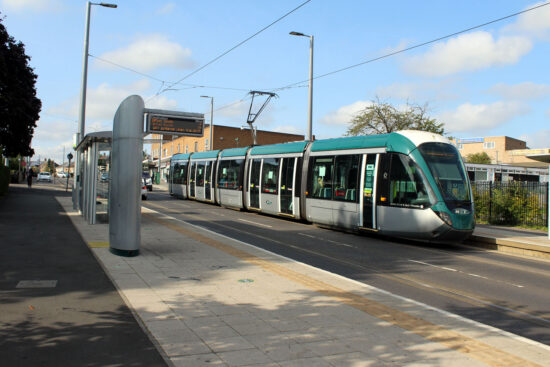 226 at Southchurch Drive North with a service from Clifton South to Phoenix Park. 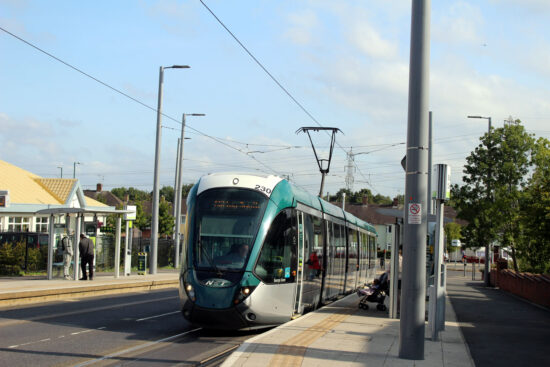 A view of 230 just arriving at Southchurch Drive North heading for Clifton South. (All Photographs by Gareth Prior, 19th September 2020)