It’s the old and the modern for today’s “Trams &” as heritage tram Blackpool Standard 147 heads along the Prom at the same time as one of Blackpool Transport’s current fleet of buses.

This image was captured on 27th September 2020 with Standard 147 having just passed the Tower and Coral Island and is about to get as far as the Sealife Centre as it operates a Heritage Tour south to Pleasure Beach during the 135th anniversary weekend of events.

Meanwhile, on the adjacent Prom road amongst several cars going about their daily business we see one of Blackpool Transport’s Palladium branded buses. This is only a fairly recent acquisition for Blackpool having been delivered in March 2020, numbered 457 in the bus fleet it is an ADL Enviro 400C which was operating a line 11 service south to Lytham when seen here. 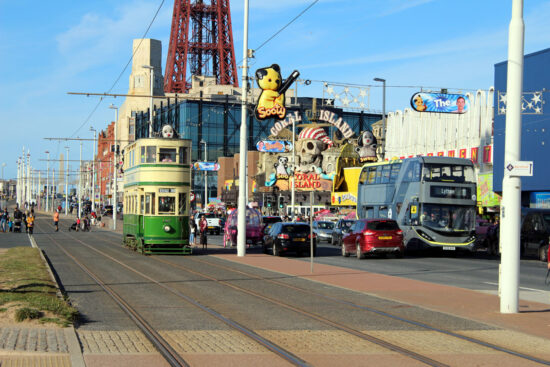