We are again off to Beamish in this edition of “Trams &” as we take a look at Sunderland 16 alongside one of the museum’s resident buses.

This scene was captured on 8th April 2016 – a rather drab and grey day by the looks of things – at Foulbridge tramstop. With the track leading to the depot in the foreground and the road down to the pit village just visible between the two vehicles we see Sunderland 16 about to continues its never ending journey around the museum tramway.

Alongside the tram is the London General B type replica bus which is often to be seen operating around the museum, going those places the trams can’t – such as the pit village! It carries the early 1920s Newcastle Corporation Transport livery of Saxe Blue and Ivory. 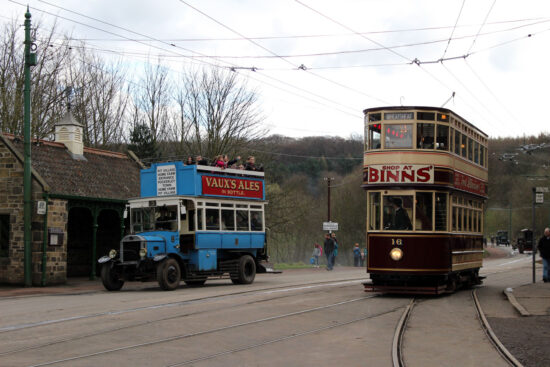