It was the blocker for the completion of the extension of the Blackpool Tramway up Talbot Road to Blackpool North Railway Station but it isn’t anymore as the demolition of the old Wilko’s store has now been demolished. That’s right the building which has been in place since 1978 is no more as the last remaining section has now been raised to the ground – although don’t expect trams to be running up Talbot Road for a while yet as there still remains quite a bit of work to be completed before that comes to fruition.

The demolition of the building started on 15th September and it was always planned that the building would be demolished by the end of 2020 – and this has been achieved with the work having been finished within three months. As we saw in last week’s pictorial update only a small corner section of the building was still standing but over the past few days this has been carefully removed just leaving a site of rubble. This rubble will now be cleared before the continued development can take place.

This site is due to house the tramway terminus as well as a new hotel complex. The whole development is due to be completed in 2022 with some earlier reports stating that trams could be running in 2021. However, with the amount of work still needed this is probably pretty doubtful and its better if you put 2022 in your diary for a chance to ride on a tram up Talbot Road again.

It isn’t just the tram terminus which needs to be built as overheads will need to be erected along the stretch of track which also already be laid while the single platform tramstop in Talbot Square will presumably also get some furniture to bring it up to spec. There have previously been reports that there are some snagging works needed on other areas of the extension as well so it remains to be seen when these are completed.

But despite all this work, we know now that Wilko’s has been demolished and a key milestone in the project has been achieved! 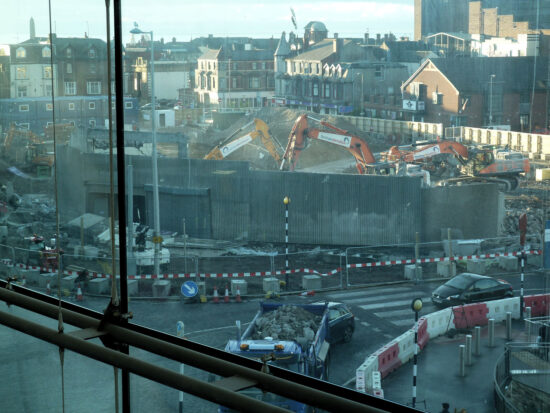 On 7th December and the small corner of Wilko’s still remained in place. This aerial view is taken from Sainsbury’s where the windows are pretty dirty thanks to all the dust from the demolition! 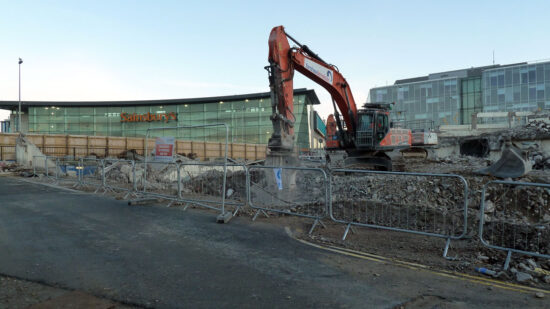 At street level where work was continuing on the demolition. (Photographs x2 by Peter Dockerty, 7th December 2020) 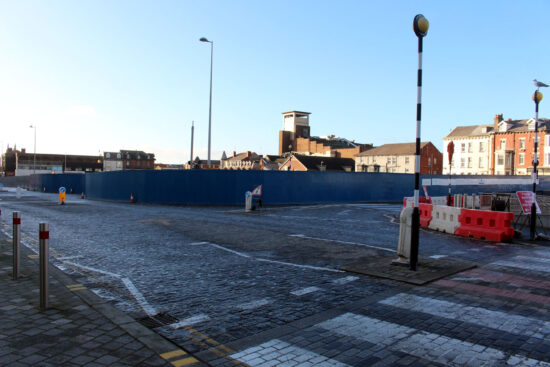 Where’s it gone?! 12th December and the last section of the building has gone! After 42 years the building is no more and now the next stage of works can continue. 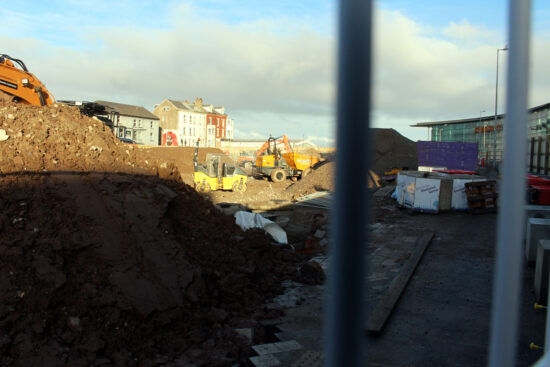 Taken through the gates and all that remains on the worksite is rubble – lots of it! 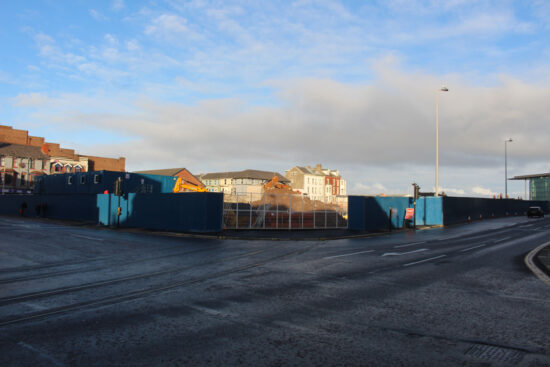 It’s the shot we’ve come used to showing the route of the tramway into Wilko’s or as it is now the empty space where Wilko’s once stood! (Photographs x3 by Tony Armitage, 12th December 2020)