Posted on Friday 11 December 2020 by Gareth Prior

For one last time in this series we head back to Granada Studio Tours to take a look at one of the “trams” which could be found in Manchester in the 1980s.

As the comments section of the past few weeks has revealed these were rubber tyred vehicles and it has now been confirmed that some were initially used for a TV series: JB Priestley’s Lost Empires which was shown on ITV in 1986 (and can be found on YouTube for anyone interested). It starred Colin Firth, John Castle and Laurence Olivier. After the series some of the trams were then briefly used to transport visitors around the tours.

This photo was taken on 12th December 1986 and shows no. 30 with adverts for Lost Empires and Newcastle-upon-Tyne Corporation Tramways. 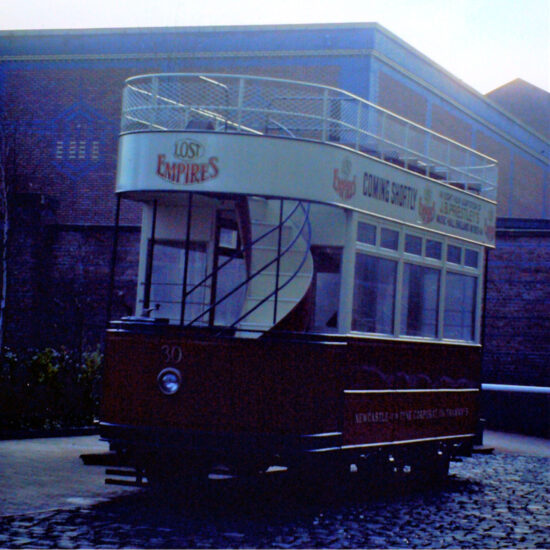