Its off to Beamish for this latest edition of “Trams &” as we see a visiting tram in the form of Manchester 765 being joined by various vehicles in the town street.

This image was captured on 12th April 2019 during the Great North Steam Fair and the main focus of our attention is Manchester 765. Usually resident at the Heaton Park Tramway the Manchester car was on loan at Beamish for a few months (its second such visit) and it proved to be a popular visitor.

It has stopped in the town to let passengers off (the reason for there being no driver!) and as it does a convoy of other transport arrives led by this 1906 Morriss steam car with the registration of A2493. Following on behind is a fire engine complete with crew! 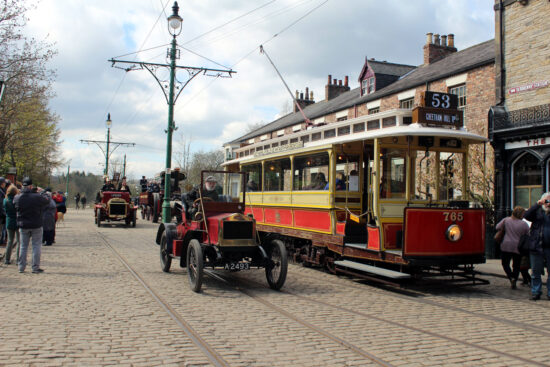