Posted on Tuesday 1 December 2020 by Gareth Prior

As part of our regular celebration December, over the next 32 days we will have some extra articles with three of our photo series rotating with two added a day all the way through until 1st January. The first of these series is a return for “Tram &” and we start off at Heaton Park for a view of two vehicles from Hull.

Hull 96 is now well established as a single deck passenger tramcar, running regularly at the Heaton Park Tramway, although it wasn’t always thus! Built in 1901 it started off as an open top double decker before it was fully enclosed in c1930. Just three years later and it was cut down to a single decker and saw use as a snow plough and stores car. It ended its day down in Leeds where, renumbered as 6, it was used as a stores car in the 1940s and 1950s. After rescue and eventual purchase by the Manchester Transport Museum Society it was restored as a single deck Hull 96 and entered service in 1988. After a period which saw it return to Leeds identity and a spell on loan at Beamish, 96 enjoyed a further restoration with it returning to action in October 2015 at Heaton Park.

It is a little under two years later when we see 96 at Heaton Park in the below photos during the annual Trans Lancs Bus Rally held at the park in 2017. With the tram stopped just before the Middleton Road tram depot and workshop it is joined by another vehicle from Hull in the form of AEC Regent III, a double deck bus dating from 1953. The bus has the fleet number 337 and looks resplendent here in the blue and white livery adopted by Hull Corporation’s buses in stark contract to the crimson and white livery of the trams. 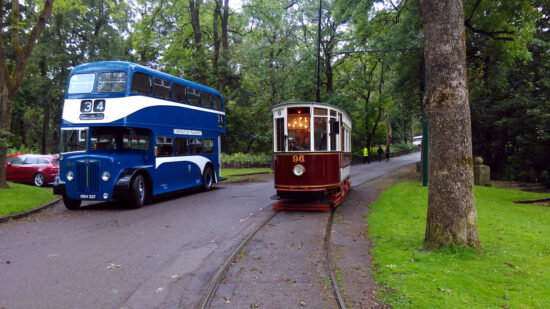 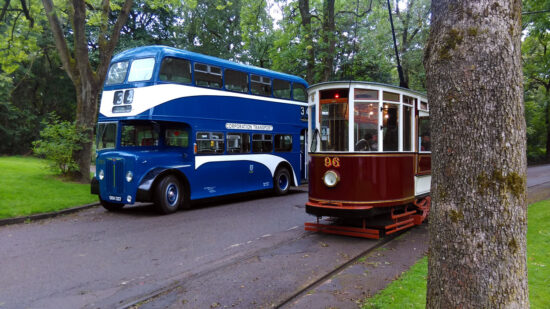 Both Photographs by Martin Bryan