Posted on Tuesday 3 November 2020 by Gareth Prior

We are once again heading back to the Docklands Light Railway in 2003 for this edition of “Picture in Time”.

This image was taken on 12th March 2003 at Limehouse and shows 33+25 dropping down to the station at Limehouse with a service to Bank. Limehouse has a direct connection to the line out of London Fenchurch Street with this being the first station out of that London terminus with services heading into Essex. Both 33 and 25 are from the B90 class of trains dating from 1991-2 and are in the Red, Blue and White DLR livery featuring red doors. 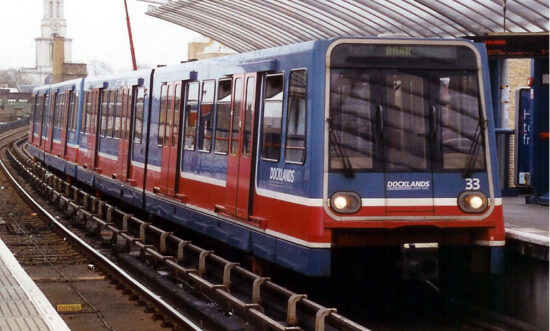