The events to mark 40 years of tram operation at Beamish, the Living Museum of the North officially came to an end on Wednesday 24th April when Lisbon 730 became the second and final of the visiting tramcars to leave the museum. Having undergone some preparatory work ahead of its second road journey of the month earlier in the week, 730 bid farewell to the North East on April 24th, arriving back home later the same day.

Having returned Glasgow 1068 to Crich on Tuesday 23rd April, the same low loader from Scott’s Heavy Haulage then made a swift run back to Beamish where it collected Lisbon 730. The tram was loaded up early the following morning and was safely back at Birkenhead by the afternoon. However, instead of being delivered at the main running shed and workshop premises at Taylor Street, it was unloaded at Pacific Road instead, and shunted inside the depot building there where it joins Blackpool 626 and Liverpool horse car 43. This is due to a need for extra space at Taylor Street whilst Liverpool 245‘s truck is seperated from the car body as its restoration progresses towards completion, meaning that the whole running fleet will not all fit inside the same building. Hopefully this move will not prevent 730 from running again in the near future although it will probably now be the last choice car for passenger service due to its location.

The Merseyside Tramway Preservation Society must once again be thanked for not only loaning 730 to Beamish Museum, but also for supporting the process of commissioning, operating and then returning the tram, with Committee member Mike Mercer being particularly helpful, having spent numerous hours working at Beamish during and after the recent transport festival. Unsurprisingly, the Lisbon tram has been a credit to its owners following on from the equally succesful visit of Birkenhead 20 one year earlier, and reminds us all of the incredible quality of restorations being produced by the MTPS despite fairly modest resources being available to them. 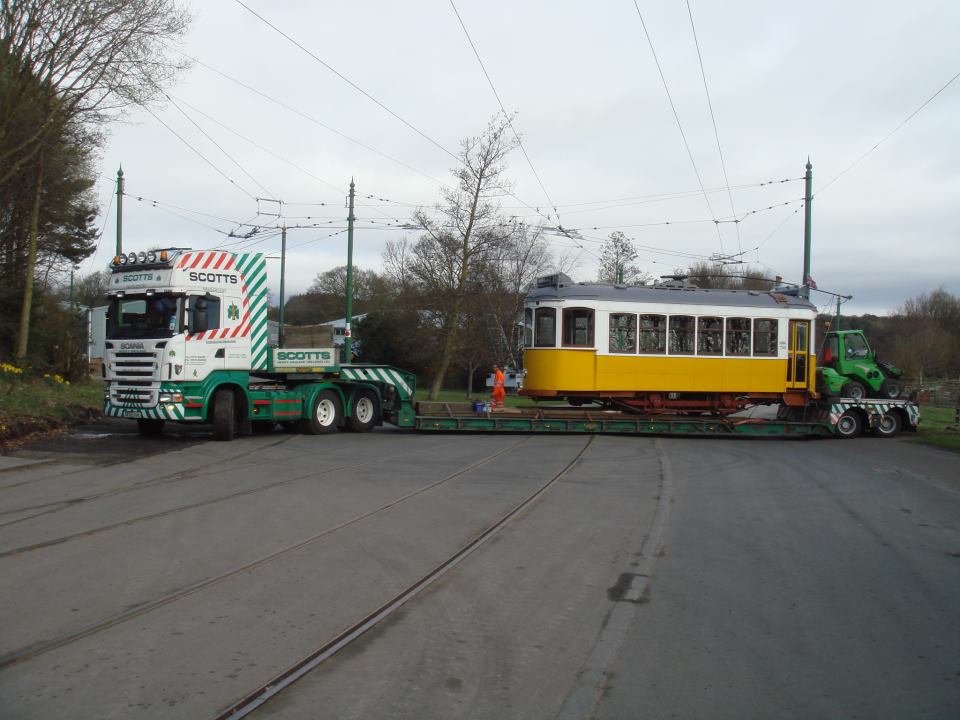 Lisbon 730 reposes outside Foulbridge depot for one last time before its transporter takes it away from Beamish and back to Birkenhead. (Photo by Mike Mercer) 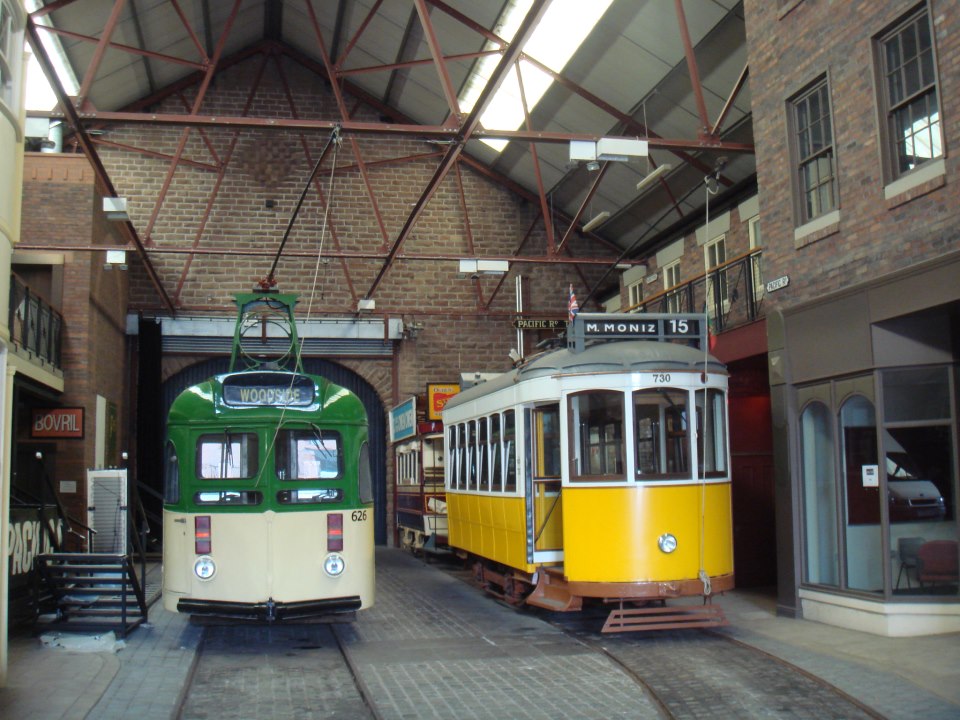 Safely tucked up inside the Pacific Road shed, Lisbon 730 is seen with its lifeguards reassembled, in the company of Blackpool 626 and Liverpool 43. (Photo by Mike Mercer)