Once more we are heading to the northwest of England to take a peek at some first generation tramway structures still in extant and this time we are looking at the remaining sections of Hyde Road Depot and Works in Ardwick.

Once a very large structure (with 57 separate tracks within the depot) the remaining parts of the depot and works area is very much reduced with the bulk of it having been demolished during the 1960s for redevelopment. The depot was opened in December 1902 with the works following three years later and the depot then saw rebuilding in he 1920s ahead of trolleybuses moving in during 1938 and then buses two years later. It was closed as a running shed for trams on 17th May 1948 but was then used for the scrapping of trams. Remaining in use as a bus garage for a few more years the complete building lasted up until the 1960s when parts were demolished to allow for redevelopment of the area. Buses still do operate out of the new entrance on Hyde Road to this day. 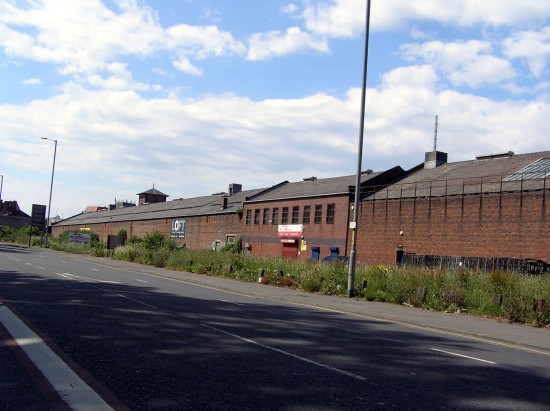 The back of Hyde Road Works as seen from the opposite side of the road. This wouldn’t have been visible in tram days because of other buildings in situ but these were removed during the 1960s and 1970s. 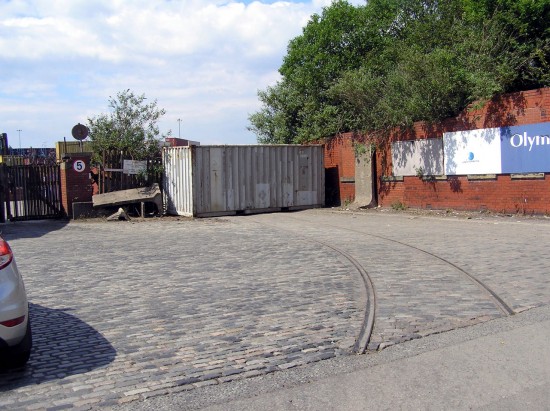 Some track also remains in place. This is the entrance to the permanent way yard. 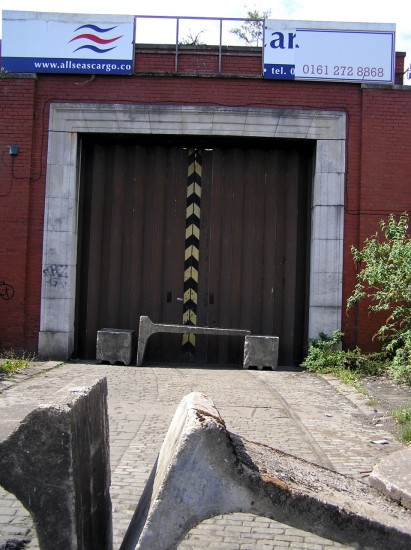 More track at the entrance to the Bennett Street Parcel Depot. 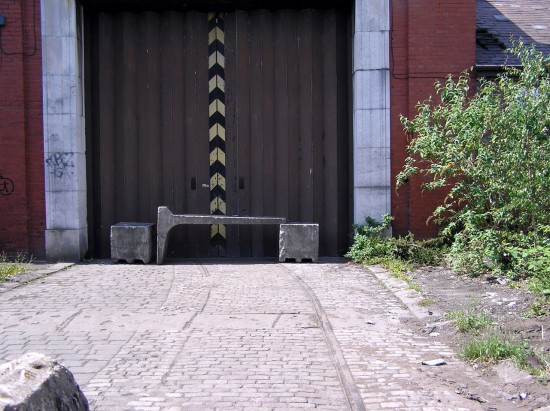 A closer view of the previous shot. (All Photographs by Keith Chadbourne)