Hopefully within the next three years we will see trams running along Leith Walk to Newhaven with the Edinburgh Trams extension due to open during 2023. After the enforced suspension of work at the height of the pandemic, we have already seen that work is now back underway with progress being made on initial preparations at several points on Leith Walk. In this pictorial we take a look at some of those worksites – including some of the finds of contractors as they start to go below the road surface. John Hampton is the photographer. 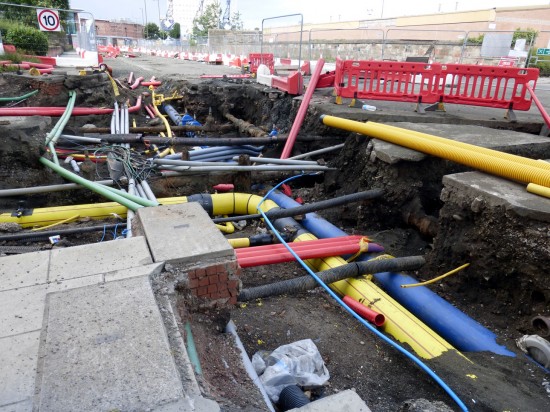 If you’ve ever wondered why utility diversions are such an important part of construction works this photo on Constitution Street at the junction with Tower Street may give a clue! The myriad of pipes and cables are all in the path of the tramway and will need moving before the road surface is put back and tracks laid. Imagine if these remained in place, the track was put down and then various utility companies had to come along and do maintenance work underneath the track! 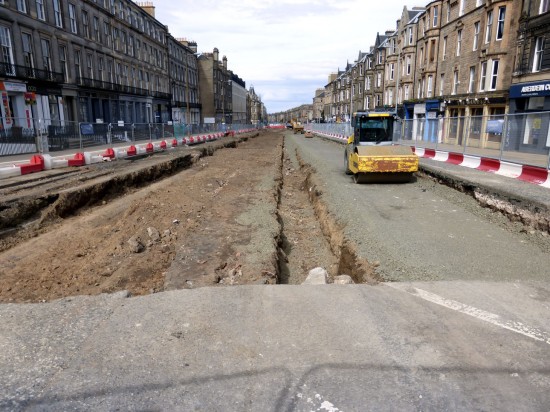 The first phase of construction works – when the current line from York Place to the Airport ended up being the only section built – did actually see some utility diversion work on Leith Walk which means some sections should now be a bit more straightforward. In this view we can see the top surface has been removed and work is now underway on preparing this section for the next phase of construction. 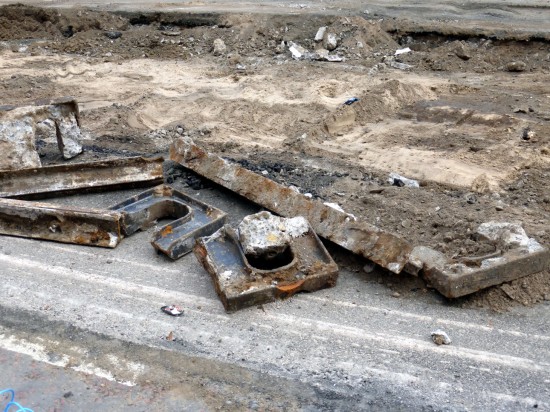 Often the most intriguing part of the early stages of construction is just what may be found underneath the road? In this case as well as original first generation tram tracks some cast iron U-shaped yokes from the cable tramway have also been found. The cable tramway ran down Leith Walk as far as Pilrig Street where passengers had to change trams to a Leith Tramways electric car to continue their journey to Leith. 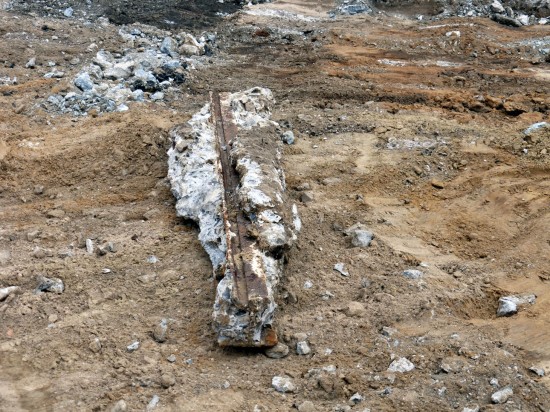 A close-up of a short section of tram track found during construction works. (All Photographs by John Hampton)