Posted on Friday 7 August 2020 by Gareth Prior

Another of the trams which form the collection of the Merseyside Tramway Preservation Society on the Wirral Heritage Tramway is the feature of this edition of “Picture in Time” – Birkenhead 20.

Birkenhead 20 dates back to 1900 when it was constructed by G F Milnes in the town it would end up running in. Built as an double deck open topper – as it has been restored – it received a Brush “Bellamy” top cover in the period 1910-13 and remained in service until 1937 when the tramway was closed. As we have seen so often in this series it was sold on for further use with the lower saloon ending up as a shed south of Chester. That is where it remained until 1983 when it was rescued for restoration (as the MTPS website says it was swapped for a real shed!). Restoration took place over the next 16 years at Speke Airport, Princes Dock, Cammel Lairds and Pacific Road with 20 ready to enter service on Good Friday 2nd April 1999. Over the past 21 years it has been a regular performer on the Wirral Heritage Tramway as well as having a successful loan spell at Beamish and spending some time in Blackpool during a less successful loan.

In this first view at the Wirral Bus and Tram Show in 2006 we see 20 heading back to Taylor Street with the college to the right and Egerton Bridge immediately behind the tramcar. 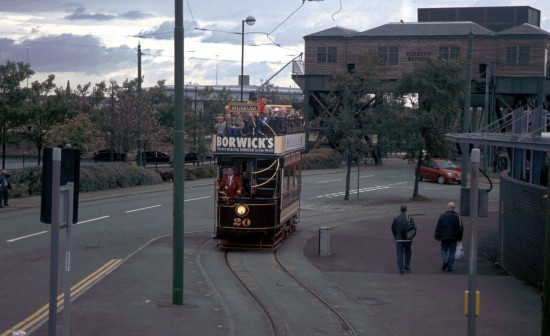 And in this photo we see 20 a bit further along the line waiting at the traffic lights to cross the road for the final approach to the Taylor Street terminus. 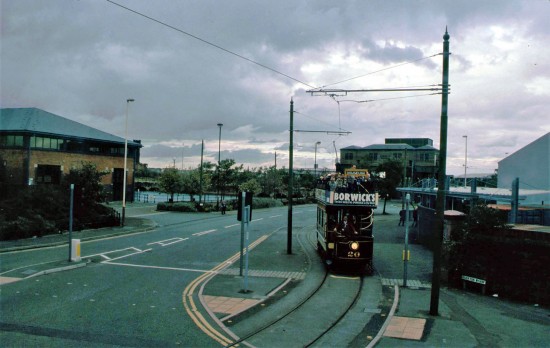